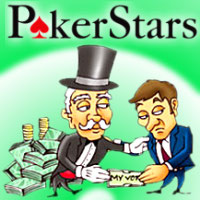 The investment gurus at The Motley Fool (not to be confused with Mötley Crüe’s foolish singer, Vince Neil, who has a tendency to get arrested for driving drunk and for assaulting the women in his life) have turned their lustful eyes on the monetary potential of regulated online poker in the United States. Motley Fool Travis Hoium attempts to project what kind of revenues companies could reap from unfettered access to the US player pool, but we suggest nobody take his numbers too seriously. For one thing, in his April 8 rundown of the recent spate of tie-ups between online poker outfits and US land-based casino license holders, he makes the rather astonishing claim that Full Tilt Poker “is yet to form a similar alliance.” If anyone out there is depending on this guy to guide your portfolio, get out now.

PokerStars has formed such an alliance with Wynn Resorts, and it has also formed close relationships with Nevada state politicians. The Las Vegas Sun reports that PokerStars flew Assembly Judiciary Chairman and majority whip William Horne and Commerce Chairman Kelvin Atkinson to London last year to meet with company officials and former assembly speaker (and current PokerStars lobbyist) Richard Perkins. Shortly thereafter, Horne prepared AB258, the PokerStars-friendly intrastate online poker legislation introduced last month. Horne denies the trip was a junket, calling the meetings “productive.” Current speaker John Oceguera was also invited to London, but declined. Senate Majority Leader Steven Horsford couldn’t make the trip, but PokerStars somehow managed to coax him down to the Bahamas in January for a similarly ‘productive’ exchange. Horsford claimed he “returned with a better understanding of how to continue to position Nevada as the international leader in the gaming industry.” (And, presumably, a tan.) Despite this, Horsford claims to be ‘neutral’ on AB258. Sure you are… 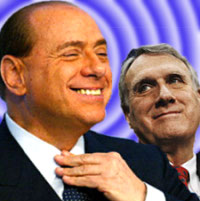 Sen. Jon Kyl (R-AZ) is one federal politician who is infamously not ‘neutral’ on the issue of online gambling. Kyl was instrumental in ensuring passage of the UIGEA in 2006, and he loves to equate online gambling with crack cocaine and warn that gambling leads to “possible addiction and, in turn, to bankruptcy, crime and suicide.” But Kyl’s fallacies aren’t limited to gambling. On Friday, Kyl took a shot at Planned Parenthood, the sexual health agency that social conservatives were hoping to strip of its funding in the federal budget battle. Standing on the Senate floor, Kyl claimed that providing abortions was “well over 90% of what Planned Parenthood does.” When a Planned Parenthood spokesperson went on CNN to call bullshit on that claim, Kyl’s office issued the following: “[Kyl’s] remark was not intended to be a factual statement.” Because, you know, the Senate floor is no place for elected public officials to be citing actual facts, so go on and say whatever outlandish tripe pops into your head. Seriously, this anti-gambling clown’s retirement can’t come soon enough.

Clowning is something Italian Premier Silvio Berlusconi knows how to do properly. Despite facing a trial for allegedly paying a 17-year-old girl for sex at one of his fabled ‘bunga bunga’ parties, the 74-year old has managed to maintain his composure (such as it is). On Friday, while distributing prizes to college graduates in Rome, Berlusconi singled out two young blonde women, calling them “so great” that he was “thinking of inviting you to ‘bunga bunga.’” Silver-tongued Silvio even told a young man in attendance that he was cute enough to garner an invite. Whatever your opinion on the man’s moral stance or governing abilities, there’s no denying his ability to stay cool under fire.