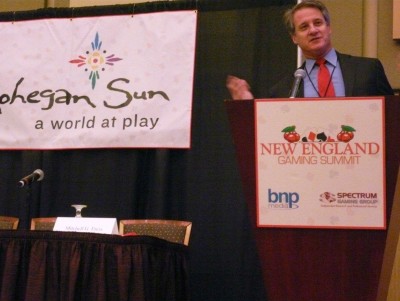 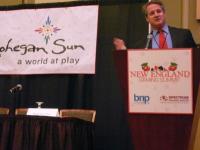 The Mohegan Tribal Gaming Authority – a parent company of the Mohegan Sun casino in Connecticut and Pennsylvania – has failed to reach an agreement to refinance its $811million debt. However, lenders have waived a possible default.

In a report by The Hour, the Authority, which owns and operates the Mohegan Sun in Uncasville and Mohegan Sun in Pocono Downs, Pennsylvania, said that the delay in refinancing debt was down to a raise in “substantial doubt” about its “ability to continue as a going concern.”

Chatting with the Associated Press on Friday, Chief Executive of the Authority, Mitchell Etess, said the warning was merely a “financial requirement of auditors,” auditors which “have no choice,” he said. “They must put in that language.”

Etess added that the wavier was a vote of confidence by lenders, citing a fourth-quarter income of $46.7million – that’s a $73million increase from the same quarter the year before.

Like most other company’s out there, Etess said they were hit hard by the recession, which affected consumer entertainment spending. He said refinancing has taken a long time due to a weak recovery from those dark credit crunch times. He also referenced the status of Native American gaming financing. “Those impacts that have happened in the outside world have impacted our bondholders’ thoughts as we go through the process,” he said.

At least The Mohegan Tribal Gaming Authority can find solace in the fact it isn’t the only one suffering in the area. Nearby Mashantucket Pequot Tribal Nation in eastern Connecticut is too working hard to restructure billions of dollars in debt after its Foxwoods casino was too hit hard by the economic downturn.