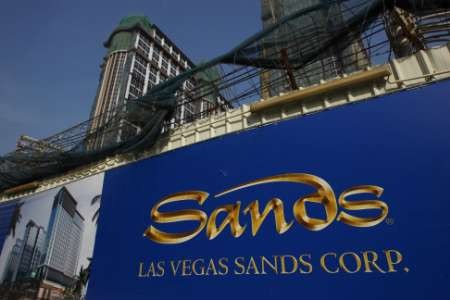 Sheldon Adelson’s ludicrously successful Sands China venture in Macau won’t face action from the Hong Kong Securities and Futures Commission (SFC). Following a long investigation, dating back to March, the Commission notified the casino business firm no action will be taken. The probe may have got underway as a result of former CEO Steve Jacobs’ claims that they had breached bribery rules. More likely though was a similar probe by the Securities and Exchange Committee (SEC), Department of Justice (DoJ) and FBI that the parent company Las Vegas Sands has violated the anti-bribery Foreign Corrupt Practices Act forced Hong Kong’s hand. Adelson can puff out his chest a little and be hopeful ahead of the probes in the USA.

Macau casino junket operator Asia Entertainment and Resources Limited (AERL) is being tipped for huge growth over the next year. Stocks website Seeking Alpha has penned a number of articles alluding to the relatively cheap price of the stocks compared with how successful the firm has been over the past year. JP Morgan analyst Joe Greff bigged up the junket industry’s fortunes in a research note, stating: “We continue to feel positive about the overall health of the VIP- and mass-gaming segments, and believe subsequent months of solid year over year gross gaming revenue growth should continue to improve investor sentiment and put to rest junket liquidity concerns.”

The company’s rolling chip turnover has been up 101% year-over-year, as the VIP industry looks immune to the economic turmoil affecting certain parts of China. The beauty of having a country with over one billion residents and a gaming industry that is still experiencing heavy growth is that economic problems are unlikely to be that costly. The same article sets a number of questions to AERL director Jim Preissler and he reveals: “We see plenty of fantastic opportunities to expand our market share, not only in Macau but also in other countries in Southeast Asia.”

If the earlier mentioned “liquidity concerns” are remedied then the firm’s share price and fortunes could hit the roof over the next year or so and being situated in the gaming industry’s largest market doesn’t do it any harm.