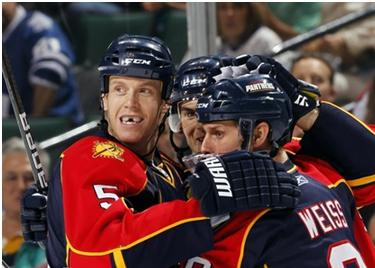 The Florida Panthers are among the interested parties should the state choose to allow resort casinos. A number of Las Vegas casino groups have been shown around the franchise’s property in Sunrise with the hope that it will become an attractive proposition for those invited to take a peek.

“As an entertainment company, obviously we’re interested in any future entertainment opportunities in the South Florida marketplace,” said Michael Yormark, president and chief operating officer of the Florida Panthers.

The Miami Herald reports there has been “significant interest” among several of the Vegas casino moguls and “preliminary conversations” have taken place “with most of them.” Representatives from Las Vegas Sands, MGM Resorts and Wynn Resorts have all visited the 130-acre site – 90 acres of it undeveloped. It has a lot more besides that going for it too. The Bank Atlantic Centre is situated near the state’s largest entertainment centre, Sawgrass Mills, and the some 30 million visitors to that will be able to enjoy a casino, if built.

One barrier to possible investment is the state-stipulated $2billion investment requirement. Nick Iarossi, lobbyist for LVS, commented: “Certainly Broward could support a very fantastic destination resort, but $2 billion is a big number to hit in Broward. You risk making an adequate return on your investment. Our first inclination is that $2 billion could be a lot to support in any county outside of Miami-Dade.”

MGM is also thought to be reluctant to make such a large investment in the area, despite the fact it’s situated in a spot that sees millions of tourists a year. Yormark showed why any development will still be met with optimistic eyes, adding: “The league has given us the green light if we choose to pursue this opportunity.”

Compared to other North American sports leagues, the NHL has long held a relaxed attitude towards the gaming industry with the likes of PokerStars and PlayNow.com both signing deals with teams and players respectively. It remains to be seen what the NFL’s reaction to the Wynn/Kraft casino business in Foxboro’ is but in Florida it looks like, save the huge investment, the casino-sport synergy has a chance.