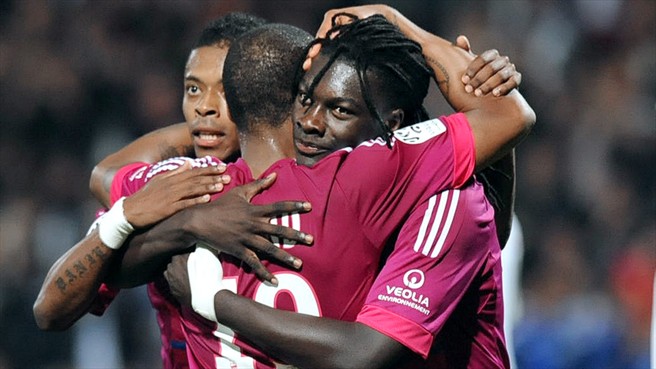 France’s gambling industry authority Arjel has opened an inquiry after one club staged a remarkable recovery during a Champions League match. Suspicion has fallen on Lyon’s 7-1 win at Dinamo Zagreb in last night’s Champions League after an improbable six goal swing in goal difference came to fruition. Arjel is “currently carrying out checks” into the result of a match that looked dead and buried for the French side at half time.

Going into the night’s games, Lyon trailed Dutch side Ajax by three points and a goal difference of seven was needed to overhaul the second placed side. Even though they had a man dismissed, Dinamo went a goal up late in the first half with Mateo Kovacic and even though Bafétimbi Gomis made it 1-1 on the stroke of half time, no one gave Lyon much of a hope.

What happened at half time must have been some team talk. The French side ran amok, Gomis registering another three goals to complete the fastest ever hat-trick in the competition’s history. The score-line eventually reached the ignominous nadir of Dinamo Zagreb 1 Olympique Lyonnais 7 (SEVEN). With Ajax losing 3-0 at home to Real Madrid they didn’t even need seven goals and should be scalded for showing off. As for the investigation, would it have even been considered had the score been 5-1?

Wait though…Dutch side Ajax are unhappy that they had two goals disallowed in their game…Ajax coach Frank de Boer added: “If there was something unusual, UEFA should investigate what happened in Zagreb. My assistants have told me that the goals came quick and easy, because you can’t normally score these goals in half an hour. But destiny was in our own hands … I will have to see video replays [of the disallowed goals].”

A statement from the French club said: “Completely in tune with the procedures of the governing body for online betting … The club totally approves of this action that is undertaken whenever a sporting result is considered unusual and we regret that comments have not been confined to the sporting aspect of an incredible achievement both for Olympique Lyonnais and French football as a whole”.

It’s only customary that Arjel is looking into the match. This doesn’t mean that everyone involved is guilty. With a player dismissed from an, by their own admission, embarrassing team, the events are completely plausible. Lyon is a superior side. With the man advantage and motivation to score seven goals it’s believable that this was merely the best team stamping its authority. Cast your mind back to Man City’s 6-1 win at Man Utd in September. In that game the score was 1-0 to City when Jonny Evans was dismissed and it ended 6-1 to the visitors. That needed no investigation and the sides are a deal more even than these two.

Proof this is all just a freak turn of events could just come in the news that Dinamo’s coach Krunoslav Juric was sacked for what the club called an “embarrassing” record. Zero points, three scored and 22 conceded tells you that 7-1 isn’t that freak. The conspiracy theorists may just have to wait for another time to roll out the “match fixing is rife” bandwagon.