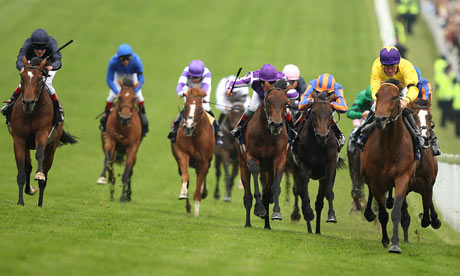 Britain’s horseracing calendar will see a reduction of just 24 meetings after the fixture list was finally revealed. After more delays than the rail network experiences on a weekly basis, the British Horseracing Authority released the 2012 list with 1,480 fixtures. As a result of the minimal cuts, the Levy Board will increase expenditure by £5million and their contribution to race purses is up £4.2m. It’s so that field sizes are maintained, an issue that is being taken seriously by those involved in the sport worried that horse numbers are dropping. There are a few changes to the calendar itself with Ascot’s King George moving back a week to avoid clashing with the Olympics. Epsom’s Derby meeting will take place on June 1-2 as part of the Queen’s Golden Jubilee and the other notable dates are as follows: 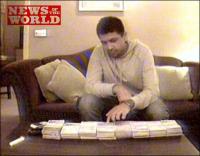 Figures in cricket are angry at comments made by a former notable anti-corruption figure. Lord Condon, one time head of the International Cricket Council’s Anti-Corruption and Security Unit, claimed in the late 1990s “Test and World Cup matches were being routinely fixed.” He added: “There were a number of teams involved in fixing, and certainly more than the Indian subcontinent teams were involved. Every international team, at some stage, had someone doing some funny stuff.”

During the 90s, the situation was an entirely different one. Players were still able to bet on themselves as there were fewer rules in place. It goes some way to explain why Condon made these comments. The restrictions are now a lot tougher and players involved can expect to face time in prison if they are caught spot fixing. Condon’s comments come as only three Pakistani cricketers were jailed for spot fixing following a News of the World sting last August. If he has his doubts about the game, they should be aired and anything that goes to stamp out corruption in the sport should be welcomed with open arms.

It comes on the same day research reported match fixing to be low on the list of corruptible offences affecting sport. Coventry University’s International Centre for the Business of Sport (CIBS) found that doping equates to 96% of all cases relating to corruption with betting and non-betting relating match fixing making up a miniscule 3%. The report, undertaken on behalf of the Remote Gambling Association (RGA), European Gaming and Betting Association (EGBA) and European Sports Security Association (ESSA) found that cases of proven match fixing over the past decade numbered 57. Compare this with the 1,998 cases of doping and it’s sixty times more likely. Clive Hawkswood, Chief Executive of the RGA, stated: “We are not complacent about match-fixing, quite the opposite in fact. However, this research categorically demonstrates that the level and frequency of betting related match-fixing (1.5 per cent) is in no way comparable to the problem of doping in sport (96 per cent).”

Declan Hill, a leading expert on fixing, did tell the conference that “bettors and fixers have a massive choice to hide their activities” thanks to the proliferation of sites on a worldwide basis. It goes to show that even if the percentage of cases is this small it still needs to be combated by associations on a local basis.