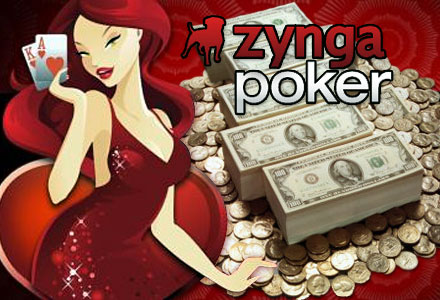 It’s no secret that America’s casino companies are chomping at the bit to get in on the domestic online poker market. They still can’t actively involve themselves in promoting online poker in the United States, of course, but that hasn’t stopped them from forming strategic alliances in anticipation of the market being officially opened up for business in the near future. Back in March Caesars, which owns the World Series of Poker and is great position to take advantage of a liberalized American poker market, made formed an online poker partnership with 888. In the aftermath of Black Friday several other deals between Las Vegas casino companies and online poker rooms were cancelled, but just this week MGM Resorts International and Boyd Gaming got into the game, forming an alliance together with World Poker Tour and PartyPoker owner Bwin.party (Pwin).

It probably won’t be long before we hear news of casino companies forming further alliances in order to position themselves for the eventual opening of the American market. Before Black Friday Wynn Resorts and the owners of Station Casinos had entered into agreements with PokerStars and Full Tilt Poker, respectively, so it would be no surprise to see either jump back into the game. There are others which haven’t previously made agreements but who would likely want a piece of the pie, companies like Las Vegas Sands, which owns one of Vegas’ top poker destinations, the Venetian. Even former Coast Casinos owner Michael Gaughan got into the game by leveraging his South Point Casino brand into a new free-play poker site.

So far the Vegas companies have generally teamed up with overseas real-money online poker operators who didn’t run afoul of the federal government after UIGEA. That trend is likely to continue since those rooms have lots of experience in the business. But if a small-time Vegas player wanted to make a big splash in this new market, they’d ignore all the real-money rooms that the big companies have been courting and take a look at social gaming giant Zynga.

While it’s become known for games like CityVille, FarmVille and Mafia Wars over the last couple of years, the company’s very first game was Zynga Poker. More than 35 million people play Zynga Poker every month, making it the world’s largest poker site of any kind. The company is clearly interested in becoming a major player in the poker industry. It bought out Austin, Texas-based firm MarketZero – the developer of poker tracking site PokerTableRatings – earlier this year, hiring on that company’s entire 16-member team to go to work on revamping Zynga Poker. Around the same time it held its first PokerCon, a two-day poker convention where play-money poker fans could mingle with top pros like Annie Duke and Doyle Brunson, at the Palms Casino in Las Vegas.

Beyond its interest in poker, Zynga has a number of other qualities that would be a draw for any of the Vegas casino companies. It has ties to Facebook

and Google and its apps are available on the iPhone and Android devices, but it is also heading out on its own with an independent gaming network called Zynga Direct, which has been in development for the last two years. In less than five years Zynga has gone from a start-up company to an online juggernaut with a valuation of $15-to-$20 billion. It has demonstrated a clear understanding of how to turn Americans’ love of dull web-browser games into profits by offering people the opportunity to pay real money for virtual currency with no intrinsic value. Think about that for a second: Zynga’s business model has been to get people to give the company real money that can be used in the real world in exchange for fake money that’s completely worthless outside of whatever game it’s used in. Alchemists spent centuries trying to turn lead into gold with no success, but Zynga only took five years to turn a Facebook presence into a treasury any medieval king would have envied.

Vegas casino companies can’t really go wrong by teaming up with real-money poker operators – it’s always good to have experienced business people on your side when you’re getting into a new venture. But any regulated American poker market is already going to be a very different beast from the markets the current crop of online rooms are used to dealing with, so the value of their experience isn’t entirely definable at this point. In that kind of situation, I’d rather be partnered up with an alchemist than a businessman; chances are good that he’s going to be able to make something valuable out of whatever resources he has available.