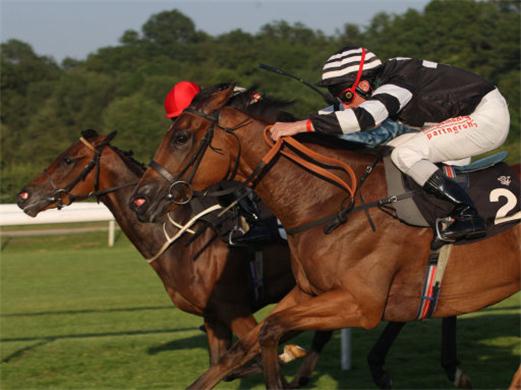 Bookmakers left it until the witching hour to agree to 51st levy scheme that will fund horseracing for 2012. The agreement, signed at 11:45pm last night, is worth around £72.4m and has left figures on both sides with varying emotions. Ladbrokes Managing Director, Nick Rust, commented: “This is a sensible compromise that offers progress to both racing and bookmakers. We now need to start work immediately on a long-term settlement that builds on this progress and takes government out of the process for good.”

Rust’s sentiments conflicted with the British Horseracing Authority. They are “deeply frustrated” at the scheme and commented that it’s “disappointing overall.” BHA misgivings centre on the figure being outside the £73.7m to £80.8m range agreed for the 50th scheme back in February. Chairman Paul Roy’s vitriol continued: “Offshore operators and the failure to address betting exchanges’ different business model are still costing Racing vital revenues.”

A “betting right” has always been touted as an alternative to the levy and is something that was ridiculed as a move that would cost the betting industry jobs in the long run. Leaving the levy behind altogether is another one of the many ideas put out there as the current system doesn’t work. Roy ended his tirade by stating: “We are in detailed discussions with Government and the betting industry around the introduction of modern, fair, enforceable and sustainable arrangements and this work must progress with urgency.”

When talking about exchanges, Roy more or less means Betfair. That’s the same Betfair that Roy’s company, New Smith Asset Management, is believed to have applied for £40million of shares in and upset “Mr Racing” John McCririck in the process. Once a hypocrite always a hypocrite?

Betfair is actually paying £500,000 more than its voluntary contribution to the 50th scheme. Spokesperson Martin Cruddace commented that if all offshore operators were made to pay the contribution could be “circa £90m.” He also had some words for Roy and his “new BFF” Ralph Topping.

“It therefore is of grave concern that Mr Roy remains committed, with the help of his new BFF, Ralph Topping, to risking upwards of £3million of prize money in hopelessly futile litigation against the HBLB in respect of the HBLB’s detailed and thorough Consultation on the customers of exchanges.

“On a positive note, perhaps Mr Roy can persuade Mr Topping over the candlelit dinners that will inevitably follow, as they discuss their litigation, that as the boss of the largest non-levy paying bookmaker Mr Topping should pay the millions he is saving in the levy to horseracing, thereby following Betfair’s lead.”

When we spoke to William Hill, CEO Topping’s statement read: “We are very pleased that the terms of the 51st Levy scheme have been agreed and that William Hill has been able to play a constructive role in the process; including protecting the independent sector.

“Agreeing, together with Ladbrokes and Corals, to underwrite a minimum sum and to the relinquishing of thresholds for large operators will mean more funding certainty for racing when the Levy yield and increased revenues from TV picture revenues are pooled together.

“This settlement will hopefully provide the catalyst for racing and bookmakers to work closely through the Levy Board and particularly the Betting Patterns Working Group to provide an optimised fixture list.”

The bickering is only likely to continue on this issue with both sides arguing that they’re in the right. For now the fixture list will finally be released and you can start looking forward to the thoroughbred season of 2012. The “parasitic little island” of Gibraltar remains horseracing’s biggest bug bear and they’re unlikely to change opinions any time soon.