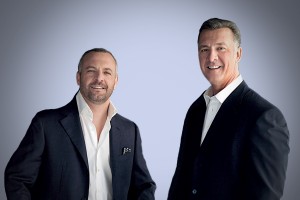 Fertitta Interactive has its eyes on the USA’s online poker octagon and hammered home the point with the acquisition of CyberArts. eGR reports the part owners of Station Casinos and UFC owners have taken on the Californian-based firm for an undisclosed amount.

Tom Breitling, one of the four owners at Fertitta, explained: “One of the key things for us was finding best-of-breed software, with an emphasis on internet poker, which has been market tested. CyberArts also brings a lot more to the table than that, such as an incredible platform to build upon.”

CyberArts was part owned by Intralot after the lottery provider purchased 35% back in 2009. Exercising its option to take a controlling stake of 51% never took place and CyberArts CEO, co-founder and chief software architect seems genuinely chuffed at the deal with Fertitta.

“The business direction of Intralot and the business direction of CyberArts were no longer aligned as well as they were [earlier] anticipated to be. Simultaneously we were in discussions with Fertitta Interactive and found them to be effectively the perfect partner to take CyberArts’ technology and leverage that using their media and casino expertise,” he told eGR.

The man representing the Fertitta brothers in the venture, Tobin Prior of Station Casinos, allayed fears that existing deals would be affected by the deal stating Station is “committed to holding its obligations to the existing clients of CyberArts.” The firm signed a deal with US Digital Gaming last year and it got them rather excited at the prospect of a trip to Iowa. Unfortunately, intrastate poker never made it over the Iowan wall.

It’s the second online poker industry deal that Fertitta made and they’ll be praying it doesn’t go the way of the last. Ink had barely dried on a deal with Full Tilt Poker when the Department of Justice got the submission hold locked in on the online poker giant. As the deal “expired” so did the sponsorship FTP had with the UFC brand and the millions that benefited fighters.

The opportunities for Fertitta are plain to see and Breitling added: “It positions us on the global internet gaming front, with the emphasis on poker in the US. We support and are advocating for federal regulation. As you know, there is a strong need for regulation in the US as a result of events arising from Black Friday and [their impact on] existing poker players.”

If Joe Barton’s federal poker bill makes it past the post this deal would give Fertitta an advantage in a regulated online poker market. Given the fact that CyberArts hasn’t operated illegally in the USA and Fertitta has Station Casinos under its belt, there won’t be the same problems that the Caesars/888 partnership could run into. We’d imagine that if Fertitta weren’t allowed to operate they’d get Chuck Liddell to come down and start crackin’ skulls. That’s if he’s not too busy pumpin’ naked iron.

Will Ultimate Poker Pay The Ultimate Price For Being The First to Enter the Nevada Market?
Lee Davy
15 May 2013