Home / Business / Topping gets in a PI; Where is Teddy Sagi; Rank performance apart from online 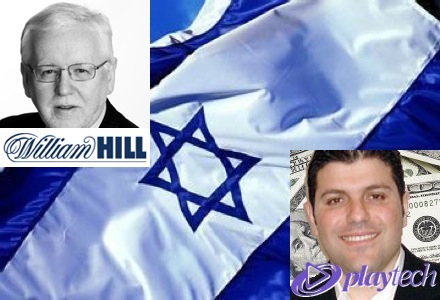 William Hill has sent in the big guns as the situation at their Tel Aviv offices show no signs of improving. The big cheese Ralph Topping has taken time out to visit the firm’s beleaguered offices in Israel and the company has even hired a former-Israeli intelligence officer to try and regain control of the situation. While in Tel Aviv, the man at the helm of Hills will meet with Mor Weizer as well to finalize disciplinary action being taken against a number of executives. There’s one man that has been missing throughout that can apparently end all the confusion. Topping would only say, “If there’s one guy who could put an end to this with one phone call it’s Teddy Sagi.”

How hard is it to find a teddy? In this case nigh on impossible. The Telegraph article cites the reason for an intelligence expert being that he is regaining control. Wouldn’t it be handy if he stumbled across Sagi too? Its also being reported that when staff arrived for work on Monday they were all directed to a nearby beach. How cool is that?! Knew I should have taken that job in Tel Aviv. As for Ralph, it’s unclear whether he’ll be going down the beach to barter with them. If he does we just hope he packed the factor 50.

Rank has their online arm to thank for keeping its head above water. Rank Group saw revenue for the third quarter fail to move compared to last year and it was only saved from losing out by the performance of Rank Interactive where revenue increased by 21%. It offset the woeful performance of other parts pf the business. The company’s Spanish business was like bad paella – Rank. Breaking it down the company credited the “strong performance from MeccaBingo.com” as one of the main drivers. Mobile revenues almost trebled with the medium accounting for 6% of Rank Interactive’s revenue. It wasn’t all good news. Their sports betting product, Blue Square, experienced a drop in revenue of 27% for the quarter. As far as the year-to-date is concerned the entire group had uplift in revenue of 3% with Interactive enjoying a 23% rise. Without online gaming you would be between a rock and a hard place my friends.