Home / Business / Are the WHO walkouts and deal for Probability linked? 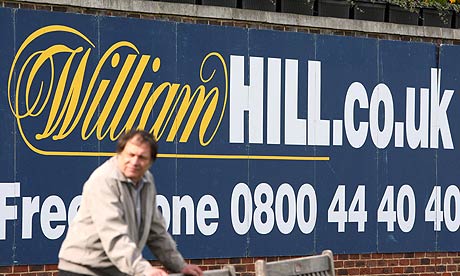 Takeover extensions. Global walkouts. Not even enough time for a plate of morning haggis and battered Mars bars. That’s what the last week has been like for William Hill chief executive Ralph Topping. We first heard rumors late last week that the firm’s online arm had seen the departure of the Chief Marketing Officer (CMO) and a mass walkout of staff thanks to job insecurities. What many haven’t started to look at is whether the takeover extension for the deal with Probability and turmoil affecting William Hill Online are linked.

Our source inside WHO told us yesterday that he felt Hills were attempting to cut the Playtech side of the business and go it alone. It’s a heinous way to do it but an annulment and accusations of adultery aren’t available to those in the gaming industry. A deal signed by Playtech back in July could have a lot to do with Hills encouraging Probability to become their bedfellows.

That transaction saw Playtech takeover mobile supplier Mobenga for an initial cash consideration of €8million and six days later William Hill had its own mobile deal with the firm. On the face of it this seemed fine. WHO got a favorable deal in having its mobile site run on a platform that was owned by their weekend girlfriend but things have been rocky for some time.

William Hill has a long memory. With a company as old as it is, there’s always a chance they’ll become bitter in old age and bitter they are. Playtech awakened the monster back in February. Entering talks with a competitor of the traditional English bookmaker wasn’t the best of moves. When Ralph and co found out that it was the Lads they were apoplectic. The ensuing injunction was supposed to be the end of it. Is what’s playing out now the REAL end?

By taking over Probability it would mean another piece of jigsaw in place should they want to be completely set up when getting rid of Playtech from the JV next December. They’ve almost certainly got designs on installing their own CMO after Eyal Sanoff left the post and you can see why some people thought the smell coming from Hills to be slightly suspicious before the Probability deal got is extension.

We’re sure that more will come out in the coming days and weeks of the events in Tel Aviv, Bulgaria and Manila. In that time we will find out whether William Hill intends to take Probability as a bedfellow. That will need to be finalized under the City Code on Takeovers and Mergers by 5.00pm on 14 November 2011. How much of this ongoing Soap Opera we’ll have been able to handle by mid November? We’re living off this. Remember…this is a tablog! We want more gossip!

The wrangling here just goes to reiterate how important the mobile gaming industry is right now and for land-based firms the online medium is now their lifeblood. In William Hill’s case mobile is huge as their status as a publicly traded gaming company rules them out of the online gaming industry’s largest market – Asia.