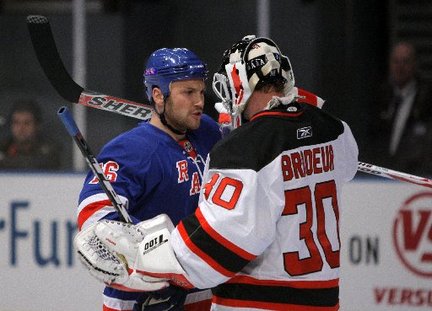 The team is playing it off as if it was a hockey decision and nothing to do with excessive amounts of baggage and drama Avery carries along with him.

According to New York Rangers head coach John Tortorella, “We think we have a better team, and think we have better players than Sean Avery.”

According to Tortorella and the Rangers, Avery’s dismissal is a result of the depth the Rangers have on their roster – as opposed to the fact he’s the most annoying hockey player in the modern era.

It was just recently in a preseason game where Avery once again showed his true colors trying to fire up a media storm against another player for what Avery claimed were anti-gay slurs made against him.

The move put Avery in a situation where if he was not claimed by another team in 24 hours, the Rangers could assign him to their American Hockey League team and clear his $1,937,500 salary from their books.

Twenty-four hours passed and Sean Avery cleared waivers on Wednesday and was assigned to the Connecticut Whale of the AHL.

Who is really surprised? What team wants Sean Avery and his travelling circus in their locker-room?