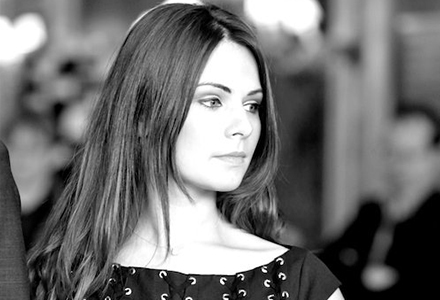 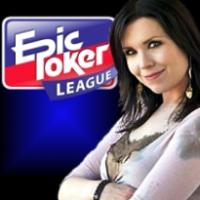 Time flies when you are having fun! That’s why I am so shocked it’s the end of August when it seems like only yesterday I sat at the WSOP tables and blogged about my experiences.

Since then, I have been touring around the USA – Los Angeles, Denver, Indianapolis, Baltimore, Philadelphia, New York and I am not even sure I have listed all of the cities I went to in August! But one city was a longer stop than the rest – Las Vegas was once again the centre of attention at the beginning of the month with the Epic Tour being held at the Palms.

I must admit, I was very excited about the event for a long time. I went over to the Epic Poker offices where Annie Duke (@annieduke) told me all the plans. It sounded like they have everything worked out to perfection but I was still wondering how it will be in real life. From my experience, something ALWAYS goes wrong when you prepare such a big event.

Anticipated for months, a tournament run by one of the best tournament directors, Matt Savage (@savagepoker), consisted of the best players in the world; this was a big circle on my calendar.

I went there to support my boyfriend, McLean Karr (@mcleankarr) as he is in the top 15 players on the Global Poker Index (GPI) list; also to hang out with some of my media friends who were in charge of the coverage.

It was pretty nice to sit down and catch up with Al (@alcanthang), Jay Newnum (@whojedi) and Michael Reed (@merchdawg). The media bar is always the most fun place during the event, I assure you! This crew is so awesome, so time went by very quickly.

It all started with a drive from LA and arriving just in time to play the charity event day prior to the Main Event. The cause this time was for the victims of the hurricane that hit Joplin Missouri. It was really touching to watch a video showing all the kids that needed help with recovering their homes and schools so we all re-bought as much as we could in the first two levels.

If you were there that night, you could hear people saying: ‘Rebuy, it’s for the kids!’ The guys were big gentlemen and very often they would rebuy the ladies at their tables if they busted them.

It was so much fun to be a part of the event which raised over $50,000! WELL DONE, poker community!

As I said – it was fun but it was also time to get serious the next day and get into the action for the players. You would think I was bored with all that action there and not being a part of it but Annie Duke made sure we are all covered so I got a sneak preview of the final table stage as it was being built. IT WAS AWESOME! I loved the whole idea of combining basketball and poker and creating an arena. Great job by the creative team.

I was truly impressed by the whole tournament – walking upstairs, seeing the best poker players in the world sitting down at noon to give us some of the best poker action we have ever witnessed was truly an amazing experience. I anticipated every break to hear new hands and stories from the felt. For a second I felt like a total groupie, I got so carried away.

All good things come to an end and so did my trip. McLean unfortunately busted on day 2 and it was time for us to head to another destination but the impression with the Epic stayed with me for a long time.

It was a bit unfortunate that the winner of the first tournament was scandalous but it made a lot of people happy when they saw how the committee handled the case and I think it is a huge step forward to regulating the poker community.

After everything, I would like to thank Miss Duke for finding time to email me a few words because she is busy with the whole team preparing the new event that starts in just a couple of weeks.

“Epic Poker League’s Inaugural Event truly exceeded expectations. The Main Event attracted 137 runners and first place was $1,000,000. More importantly, the players had a great time and felt like they were treated well and, for me, that is the true measure of success. We will only get better in that regard as we get passionate feedback from those who play in the events. The comments during and after Event One were very helpful in making positive changes in operations and player experience for our upcoming event in September.”

I wish I could join them again in September but my calendar is booked for another cool event – I will be hosting ‘Poker in The Park‘ for CalvinAyre.com so make sure you do not miss me!

If you are in London around September 2nd – come and say hi! Tatjana Pasalic (@tattytats)