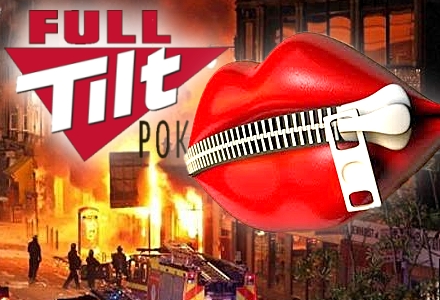 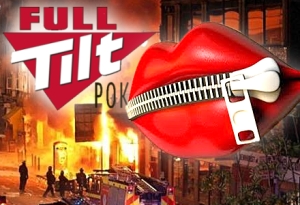 The employee exodus from Full Tilt Poker continued last week with the resignation/sacking of FTP Team Pro manager Chris Porter (given FTP’s non-existent communications strategy, it’s never quite clear whether people jumped or were pushed). Porter’s exit was part of the wholesale amputation of FTP’s ‘country managers’ and other international employees not directly reporting to work at Pocket Kings in Ireland.

In other FTP updates, Subject: Poker’s Noah SD reported last week that the $60m FTP had allegedly ‘fronted’ players when it couldn’t immediately process their deposits is more like $128m. (Whoops.) The new figure came to light via proceedings involving the (initial) class action lawsuit brought against FTP by irate players. Ominously, FTP’s attorneys suggested that only $9m of this total was likely to be recoverable via debits from FTP accounts.

FTP will reportedly issue a statement this week detailing the status of negotiations following the closing of the exclusivity window with its primary potential investor. After that will come a statement on the aforementioned deposit discrepancy, then yet another statement on the asset seizures made by law enforcement agencies that allegedly got FTP in all this bother in the first place. For those who’ve become blasé regarding FTP’s economy with words, this would represent an embarrassment of riches. Then again, this is not the first ‘announcement of an announcement’ that the company has made since Black Friday that ultimately failed to illuminate much of anything, so excuse us Doubting Thomas types for adopting a ‘wait and see’ attitude.

In the meantime, attorney Jeff Ifrah, who is representing FTP and its principals in one of the class action lawsuits, opened an account on the 2+2 poker forums this weekend and attempted, as best he could, to answer some of the burning questions surrounding his clients’ predicament. Not surprisingly, his limited responses did little to quell the ‘fuck you, pay me’ attitude of players with sizable bank rolls locked up in FTP’s ivory towers, but here’s a few highlights.

• FTP’s promise to turn all Chatty Cathy on us is overcompensation for the fact that it was “unable to say anything for the past eight week [sic] due to a confidentiality agreement. Now it is ready and willing to make up for that silence. The idea of separately timed statements is to make sure the statement is clear and concise instead of overloaded with information.”

• FTP has “made it crystal clear” to every would-be investor that players must be paid for any deal to go forward.

• It will be “very difficult for the company to meet all obligations without the help of an investor.”

• Ifrah has been “informed of all offers since Black Friday” and is “not aware of a satisfactory deal that has been offered and rejected.”

• In preparation for FTP’s next meeting with the Alderney Gambling Control Commission (scheduled for no later than Sept. 15), “the company is focused on showing significant progress to Alderney … the hearing may have a chance of being resolved or delayed if progress regarding the investor can be demonstrated.”

• If any investor deal is made, Ray Bitar and current management will likely be out. “This will be driven by the investor and also by the regulator.”

• “Now that the company will no longer be US-facing, there has definitely been discussion about offering casino games in addition to poker.”

Regardless of how much info he actually imparted, kudos to Mr. Ifrah for his willingness to insert his head into the lion’s den. Will FTP’s promised statements shed any more light on this sorry situation, or will they contain only more vague ‘gosh, we’re doing our best’ generalities? If it’s the latter, we suspect Ifrah will not be so eager to darken 2+2’s door again.