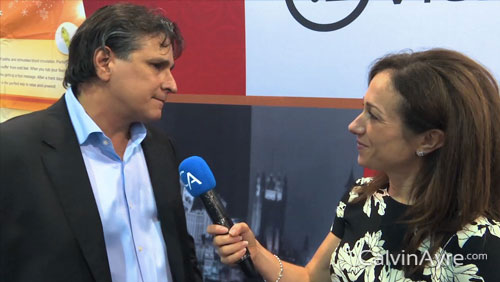 October 13, 2016 is the official ten year anniversary of UIGEA, an event in online gambling history no one will ever forget if they were working in the industry at the time.

The law was actually passed on September 30, 2006 (and signed into law by President Bush several weeks later) and I still remember where I was when the news hit.  I was out bar hopping in South Boston on a Friday night and my colleague at the time, Bradley Vallerius, called me at about 1am with the scoop- we both could not believe it.  UIGEA’s passage halved the revenues of my company at the time literally within days and changed the online gambling industry forever.

“It stopped innovation, it stopped technology, everybody was freaking out and they were like well, what do we do, is this legal, is it not, entire industries were collapsed, because people lost homes and jobs”, shared Victor Rocha of Victor-Strategies, a fellow iGaming professional who remembers UIGEA’s passage clearly.

Similar to myself, Rocha was out with friends when he heard the news.

“I believe I was here in Vegas and I didn’t hear it until later in the day, so we were with a bunch of friends celebrating and I think it was kind of the same impact when Black Friday came.  Its shocking and it feels like the industry is moving forward and then you always have these incidents to where it stops us to send us two steps back”, he said.

Rocha added, “I don’t necessarily think it was a good thing, it was probably necessary but I don’t think that was the right way to do it.  It just felt that it was someone slamming the door on innovation because they didn’t understand it”.

What was so shocking about UIGEA’s passage was just that- it was shocking- no one thought anything of the bill UIGEA was attached to, so no one in the online gambling industry was prepared for the implications.

“I was sitting in my office and for weeks and weeks, we’d been told not to worry about this, so no one was worried about it and then overnight all of this stuff happened…and no one really knew how to react to the news, it just seemed very surreal”, said Jeff Ifrah of Ifrah PLLC, a seasoned lawyer with extensive knowledge of iGaming law.

Even though the iGaming industry viewed UIGEA as a fluke, a number of major operators serving US customers withdrew their services to America as soon as they heard the news.

“In writing, the law really shouldn’t have done anything because it didn’t really change anything.  But in principal and in practice, there were major operators like Party who ended up leaving the United States and as a result, that become more of a line in the sand than the actual law and the law ended up becoming identified as something that changed the environment and the legality of gaming”, explained Ifrah.

The DOJ leveraged UIGEA’s passage and made their position on iGaming in America crystal clear, ultimately leading to the events of “Black Friday”.

“The DOJ ended up taking a position that by that time everybody- regardless of what the law was before- by 2006 you knew that we didn’t like this and when Party left and others left you should have known that it was time to go as well.  That’s not necessarily how the law works, but that was the principal that they took up and of course it took them about five years to actually put that into writing and in the form of what later became known as Black Friday”, Ifrah explained.

UIEGA and Black Friday were two shockers for the online gambling industry in America, but if consumers want to gamble, they’ll find a way to gamble.  Once American officials decided to remember that prohibition doesn’t work, we started to see some movement with the regulation of online gambling in the United States.

“One of the things certainly [UIGEA] brought was regulation and the concept of regulation.  We wouldn’t have online gaming in New Jersey, Delaware and Nevada but for that law and of course the subsequent DOJ opinion that came out indicating that the wire act only applied to sports betting.  Those two events were very important”, said Ifrah.

“I think regulated gaming is obviously much better for the consumers, I think a lot of our clients were already regulated overseas, so that was not necessarily something they needed as an additional protection for consumers, but overall I think consumer protection is very important and UGIEA helped to usher in the concept of states starting to regulate this market which is a positive thing”, he added.

Rocha’s thinking is similar to Ifrah’s when it comes to how the industry has evolved since UIGEA passed.

“What is more American than betting on your favorite football team? I think now that gambling is starting to get looked at in a different light again, I think they’re going to start looking at iGaming and iPoker again in a different light too.  In one way you can see it as the industry they didn’t understand, so they tried to kill it, but now the industry is starting to change and they’re looking at it as another opportunity”, Rocha said.

Another outcome of UIGEA’s passage is the emergence of Daily Fantasy Sports or DFS, a method of gambling that was not included in the bill and has enjoyed enormous success in the US market over the past few years.

“In terms of DFS, [UIGEA] also carved out an exception that recognized that DFS could essentially offer its season-long or daily-long games without running afoul of federal gambling laws and of course states then starting passing their own laws relatively more recently, which adopted a UIGEA-type framework, recognizing that the DFS was legal”, explained Ifrah.

Rocha believes the popularity and acceptance of DFS in America will help change the country’s perception of gambling, especially the online side of the business.

“Things like DFS, eSports, they’re really starting to normalize gambling-especially DFS- I think [DFS] had a really big impact on how people view gaming and more importantly it brought it out of the shadows”, Rocha said.