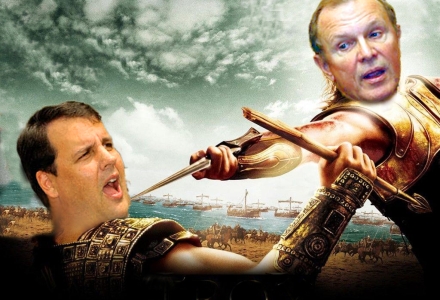 On Thursday, New Jersey State Sen. Ray Lesniak reintroduced the intrastate online gambling bill that was passed earlier this year by both state legislative houses, only to die after being stabbed with Gov. Chris Christie’s veto pen. The bill (formerly S490, now rechristened S3019) is largely indistinguishable from its earlier incarnation, with the exception of language that would prohibit would-be entrepreneurs from setting up internet cafés from which gambling services would be accessible – something Christie had complained about in the bill’s first go-round. Now that all online gambling services could only be offered to New Jersey residents via services provided by Atlantic City casinos, everything should be just ducky, right?

Probably not. Lesniak has retained provisions in the bill that would see some of the online gambling revenue diverted to the state’s struggling horse racing industry; a bailout that Christie objected to the first time the bill crossed his desk. Lesniak appears to be confident that the recent closure of Perretti Farms, the state’s largest horse breeding operation, has underscored the racing industry’s financial plight, and will bring extra pressure to bear on the portly guv.

While Lesniak had previously vowed not to reintroduce his legislation unless he had a clear ‘good to go’ indication from Christie, Lesniak admitted to PokerNews.com that “Nothing has changed in terms of [Christie’s] opinion as of yet. I’m hoping that the governor will realize what is happening to the [horse-racing] industry by him not supporting any subsidies online gaming can provide. I’m hoping the governor will reassess his position, and that Republican representatives from that area will help him change his mind.”

Lesniak’s bill does not address the issue of whether passage of the bill would require an amendment to the state’s constitution. Gambling is currently permitted only in Atlantic City, and Lesniak’s bill would essentially extend the ability to gamble from the comfort of one’s home anywhere in the state. Changes to the constitution could only take place after a statewide referendum, and while a referendum on whether to amend the constitution to permit sports betting in New Jersey is planned for this November, no such question regarding online gambling is on the ballot.

There’s also the thorny issue of Christie’s relationship with the land-based casino companies, like Caesars Entertainment, on whose urging Christie allegedly was motivated to veto Lesniak’s bill this past March. The land-based casinos only have eyes for federal online poker, not a patchwork state-by-state approach. Lesniak has thrown down the gauntlet; will Christie meet him outside the legislature at dawn with pistol, sword or veto pen?