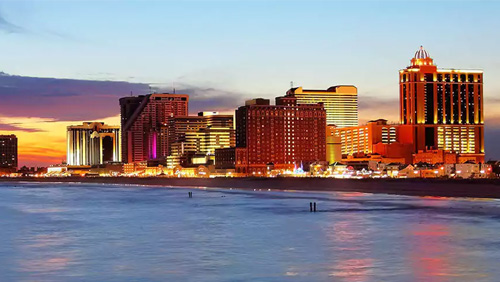 New Jersey Gov. Chris Christie is playing a genie to Atlantic City’s casinos as he grants their wish for relief from some of New Jersey’s gambling regulations.

The Courier-Post reported that Christie will unveil additional relief for casino operators in Atlantic City within 30 to 45 days but the New Jersey governor has not specified the rules and regulations that casino operators wanted to be lifted, amended, or strike down.

Christie, who met with the heads of MGM Resorts International and Caesars Entertainment, said the relief will “bring Atlantic City’s regulations into the 21st century.”

For the past six years, New Jersey has attempted to streamline the casino industry’s regulations, including making a casino license valid indefinitely instead of requiring costly reapplications every five years.

Day-to-day oversight power has been transferred from the Casino Control Commission to the state Attorney General’s Office.

Atlantic City‘s remaining seven casinos are doing well compared to previous years in which five of their competitors shut down.

The New Jersey Division of Gaming Enforcement (DGE) reported that Atlantic City casinos’ total gross operating profit rose 30.4 percent year-on-year to $139.4 million in the three months ending March 31. Revenue rose 8.6 percent to $816.7 million, thanks to an 11 percent rise in gaming revenue, while room revenue was up 4.2 percent as occupancy improved 7.3 points to 81.1 percent.

MGM Resorts chairman Jim Murren said their company placed a multi-million bet in Atlantic City, including buying the remaining half of the market-leading Borgata casino, because of growth prospects in the seaside gambling jurisdiction.

Murren sees Christie’s governance as another reason for the casino operator to invest in Atlantic City because of the governor’s willingness to make tough decisions to improve conditions.

Caesars Entertainment Mark Frissora is equally optimistic because the casino operator sees a lot of vibrancy in the city, despite Caesars having closed one of its casinos and jointly bought and helped close down a second.

“We know that the future is bright,” he said.