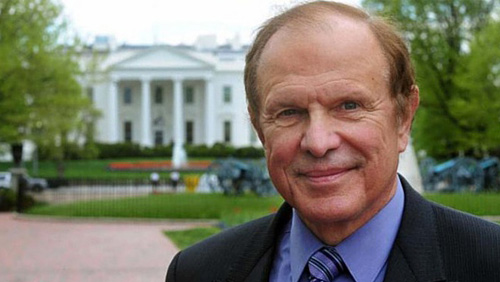 Democrat Senator, Ray Lesniak, vows to turn New Jersey into the mecca of Internet gaming, by amending state online gambling laws to open up the possibility of shared liquidity with national and international parties.

What a brilliant show Ozark is.

In one scene, a young man walks into a supermarket to buy a semi-automatic weapon, and then walks out, and hands it to a child.

Only in America can you buy enough firepower to single handily take on North Korea, and yet you can’t play online poker because God may flood the earth leaving only Elon Musk and his rocket ships to Mars.

One person trying to inject some sensibility into the veins of American politics is Raymond Lesniak. The Democratic Senator has long been an advocate for online gambling in the US and was one of the driving forces behind New Jersey regulation, and the return of PokerStars.

Lesniak has much work to do.

Speaking to the Associated Press, the Senator told of his mission to turn New Jersey into the mecca of Internet gaming. His goal is to open the cyber doors of the Garden State, allowing fully regulated industry from the world over, to join hands in a game of ring o’ ring of roses.

The stumbling block is New Jersey law, stipulating that Internet gambling companies offering a product in the state must house their servers within the confines of Atlantic City.

Starring in a recent episode of the Global Gaming Business podcast, Division of Gaming Enforcement Director David Rebuck, admitted that talks to partner with the online gambling companies in the UK broke down like an old lady requiring a new hip.

The UK operators turned their nose up at the possibility of relocating their servers to the New Jersey Hub.

The key to Lesniak’s legislation will have to be a removal of the server problem. Otherwise, other potential suitors will undoubtedly follow the UK’s lead.

The online casino business has been a success since New Jersey launched its legal and licensed online casino industry in 2013. The market has generated over $600m in revenue, and the injection of online gambling has had a positive effect on land-based gambling revenue numbers.

Curiously, despite Lesniak shooting for the moon on this one, they haven’t even bothered to join Nevada and Delaware, the only two states that have a fully regulated online gambling market, and who signed an interstate online gambling sharing agreement in February 2014.

In June the online poker market saw a return of $1.7m in revenue, the lowest since records began.

Given you are more likely to see an empathic psychopath than online poker legislation at a federal level. If Lesniak manages to turn his mecca of internet gaming speech into a global reality, we might just get what we want, albeit through the back door.

The kid in Ozark got to the fire the weapon at the bad guys, but someone had removed the bullets.