South Korea’s Financial Security Institute has told the world that North Korea is behind some of the most vicious cyber scandals of recent times, including attacks on online poker and gambling businesses. 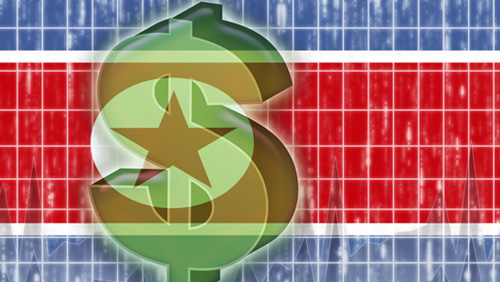 In a few weeks time, I jump on a jet plane to spend the next five months in the land of the free and the home of the brave. I am excited. Well, I was, before the North Korean mini dictator, Kim Jong-un, declared that his nukes could blow the crap out of the US.

In preparation, I listened to Sam Harris interview the Black Hawk Down author, Mark Bowden, about the options available to the world now we have a complete fruitcake in possession of a planet killer.

I learned how the US could lose millions of lives in a strike.

I learned how Donald would wipe North Korea off the face of the earth, and that Kim Jong-un was many things; suicidal not being one of them.

I learned that if we do manage to topple his regime, then South Korea will be screwed as millions of refugees head south looking to see if Mickey Mouse is a myth.

But I didn’t learn that North Koreans would be trying to hack into my online poker room so they could steal my cash to help pay for the same nukes that are probably going to land on my head the moment I step off the plane.

I heard that news on the BBC.

I think I might just stay in the UK.

To think, I used to complain about the rain.

South Korea’s Financial Security Institute (FSI) has told the world that they have growing evidence that North Korean cyber warriors are behind a multitude of cyber crimes that have rocked computers in recent years.

The theory is the attacks are designed to accumulate cash (primarily cryptocurrency) to help fund the Nuke The Crap Out of Donald campaign in the face of ever stiffer sanctions that spring up each time Kim Jong-un fires one of his missiles into someone’s sea.

North Korea is said to be behind a series of major hacking scandals including a 2014 attack on Sony’s Hollywood Studios, the WannaCry ransom attacks that affected 300,000 computers in 150 countries, including the UK’s beloved National Health Service (NHS), and also the hacking groups Lazarus, Bluenoroff, and Andariel.

The FSI believe the attacks used to have the goal of causing social disruption and stealing classified military documents, and government files, but they have been more focused on cash rich projects of late, one of which involved targeting South Korean ATMs.

The final accusation was that North Koreans were also hacking the accounts of online poker and gambling sites, although I can’t find any evidence of involved namesakes.

I’ve made my mind up.

Yes, I may get nuked by North Korea, but at least they won’t be able to hack my online poker account because although I could probably buy a Terminal High Altitude Area Defence (THAAD) unit in Walmart, it’s illegal to play online poker, so no worries on that score.