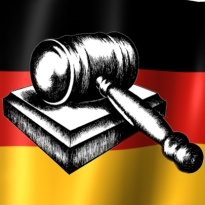 Reuters is reporting that a German court has issued a negative opinion on the legality of the country’s state monopoly on sports betting. The opinion, which was issued Aug. 9, but just made public on Wednesday, came as an administrative court in the state of Hesse overturned a decision to stop “an unnamed German company” from taking sports betting action for a “Malta-based partner” while an appeal was pending.

The Hesse court claimed that the German authorities had (a) reacted insufficiently to the growth of forms of gambling other than sports betting, and (b) had not raised similar objections to aggressive promotion of the state-run lottery. According to the court, there was “no indication of a public interest in the ban taking effect immediately because … a so-called concession model will be tested in coming years that will also make it legal for private companies to broker sports bets.”

Court cases challenging the German gambling restrictions had been brought by online gambling operators such as Happybet Sportwetten, Digibet and the Carmen Media Group, and led the European Court of Justice to declare that “the German rules do not limit games of chance in a consistent and systematic manner.” Revisions to the State Gambling Treaty are currently being discussed among Germany’s 16 states, with expectations that an accord will be reached by Dec. 16 of this year. However, significant differences remain between the states. Schleswig-Holstein had written a plan that was welcomed by most gambling operators, while the state of Sachsen-Anhalt was known to prefer all online casinos be operated by state-owned land-based casinos. (We guess Sachsen-Anhalt is German for “Caesars Entertainment”.)

Meanwhile, even rumors of rumors of changes in German gaming law tend to send shares of embattled operator Bwin.party either soaring or tumbling. Our best guess for Thursday? Up, up and away!