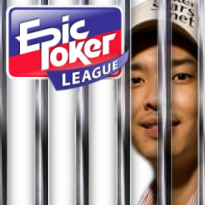 Just a week after crowning David ‘Chino’ Rheem as its inaugural Main Event champion, the fledgling Epic Poker League has placed Rheem on probation for apparent violations of its Players’ Code of Conduct. While he was making his run for the EPL title, tales of Rheem’s outstanding debts to a number of other poker players threatened to overshadow the tournament itself. Online forums noted the existence of the EPL’s ‘Integrity and Honor’ de facto morality clause, and wondered aloud why Rheem was even allowed to participate.

Following the tournament, the EPL’s Standards and Conduct Committee held a hearing on Monday (15th), then released an official statement on Friday. The EPL stressed that Rheem’s debts predated his entry into the League, and even gave him credit (a bad idea, we hear) for the partial payments he was able to offer his creditors following his $1m payday. Nonetheless, because the controversy had now ‘impacted’ the EPL, Rheem needed to get things sorted if he wanted to retain his League eligibility.

By order of the Committee, Mr. Rheem must continue to proactively repay his outstanding debts by, from this point forward, using any and all proceeds Mr. Rheem personally receives from personal poker winnings worldwide to satisfy all of his remaining financial obligations in an orderly fashion. In addition, Mr. Rheem must continue to report to the Committee regarding his compliance with the terms of his probation. The probation period will remain in effect until Mr. Rheem has satisfied his pre‐league formation financial obligations. Failure to do so or any subsequent violations of league policies or the law by Mr. Rheem will result in immediate suspension of Mr. Rheem from the League.

Of course, given the offhand ways that poker pros move money around, it’s unclear just how the EPL will judge Rheem’s progress in making financial amends. If a hundred more creditors now come out of the woodwork, all claiming to hold Chino’s markers, how does the EPL verify the legitimacy of each claim? (Ooh, I know… We’ll ask Chino…)