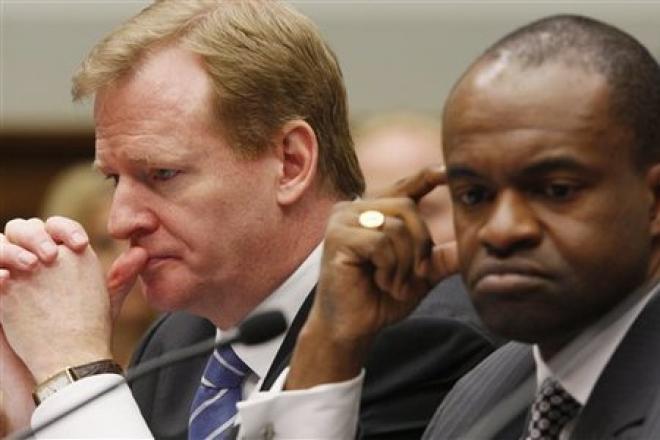 The NFL Lockout gave the gambling industry a real scare. There are those who will say they were never worried for a second that games would be missed, but for many of us the thought of what might happen with the biggest money making sport on the shelf was enough to make one lose sleep. Thankfully, the danger was averted, smarter, money making heads prevailed and the lockout came to an end without any games being missed.

Now that the details of the negotiations are released, we polled the question “Who won the NFL Labor Dispute?” Here are the results.
73 percent of our respondents couldn’t give two shits who won the Labor Dispute and replied with “Who cares, gimme some football.” Well said, ultimately, the entire gambling industry echoes that response.

To be frank, with the NFL being a $9 billion business, there’s no real losers as long as football is being played. If you want to go strictly by revenues, the owners came out ahead. They will receive 52 to 53 percent of revenues instead of the 47 percent in the previous CBA. Additionally, the new salary structure reduces the amount of money that can be paid to first-round draft choices. But that’s something the players agreed on.

The players came away with major pluses as well, there is now unrestricted free agency after four seasons, no more two-a-day workouts in pads and fewer OTAs (organized team activities) in the offseason, and there hasn’t been any additional games added to the season. Perhaps most importantly, the players got insurance, with better health benefits, including more than $1 billion for post-career injuries.

The bottom line is that as long as the NFL is active, the players, owners and the gambling industry are #winning.