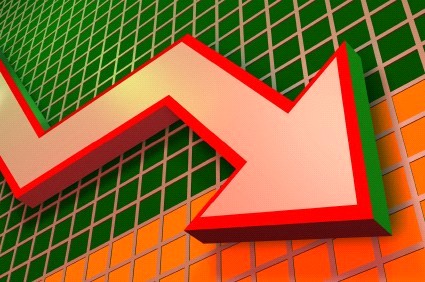 Betfair’s share price hit its lowest ebb since it was first floated late last year on the back of uncertainty surrounding the company’s future growth. After a brief upturn in fortunes in the middle of last week, the shares have plummeted and from the start of the day crashed by six pence to leave the price at 594.50p.

The reason for the dramatic fall is likely to be Betfair’s reluctance to clarify how they are going to go about getting into new markets into the future. By not giving shareholders a clear road map as to what plans are for the coming years, the share price is likely to continue dropping. There’s also understandably uncertainty amongst investors after a share repurchase was completed on Monday. Under that agreement 40,000 of its ordinary shares were bought back at 0.1p for cancellation. The deal was completed on 2nd August when shares began their fall.

Matters weren’t helped by today’s announcement that they’ve broken off an agreement with the hottest property in the world of soccer right now. The two-year deal with FC Barcelona has been terminated in favor of four brand ambassadors to front their advertising campaign for the coming year – former cricketer Michael Vaughan, former Rugby Union star Will Greenwood, former footballer Lee Dixon and horse-trainer Paul Nicholls. The eagle-eyed amongst you will notice the word former appearing quite often. With the choice of the current European champions or some of English sport’s recent retirees on the table…I know what I’d go for.

Upon the news of the Barcelona sponsorship being terminated, a Betfair spokesman said, “Betfair is evolving the way we leverage our sponsor- ship assets to prioritise social platforms, and help build engagement with existing and (potential) customers.”

This morning’s price of 600.50p was already the lowest that the online betting exchange has seen since its IPO last year and will set off alarm bells at the firm yet again.

Bwin.party isn’t out of the water either. Since Monday morning their shares have also reached their lowest point since the merger was completed at the end of March. At the last check, they had dipped as low as 125.90p after starting the day at their lowest opening price – 126.00p. The news comes off the back of Pwin merging Bwin.fr and Sajoo.fr, something that could have a detrimental effect on their share price. It’s more likely though that increasing uncertainty surrounding regulatory issues in Germany, and to more of an extent Greece, is where the problems lie.

Yesterday, the beleaguered country’s government attempted to push through online gambling industry legislation that would benefit the state monopoly gaming provider OPAP. It would be bad news for international operators and would explain why Pwin’s shares have plummeted since the news came out yesterday.