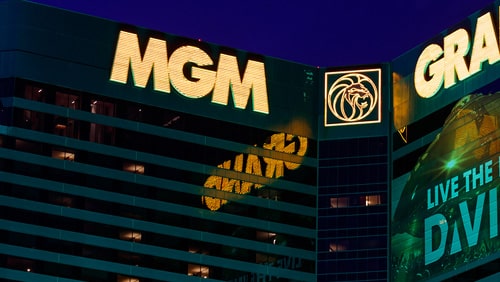 In the middle of last month, a day before Valentine’s Day, MGM Resorts thought it would show some love by offering to buy back $1.25 billion in company shares – at a lower rate, of course. The market slide as a result of the coronavirus had seen the casino operator’s stock price slip, as well, and MGM brass looked to take advantage of the opportunity. The company then reduced the rate it would pay again about a week and a half ago, but the inevitable has now happened. The entire exercise has been called off.

Jim Murren, soon to be the former CEO of MGM Resorts, announced the cancellation of the buyback program yesterday, explaining in a press release, “As a result of the unforeseen and unprecedented volatility in the financial markets due to coronavirus, and the resulting impact on our ability to determine and maintain an offering price range, we have decided to terminate the tender offer.”

As any business executive would, Murren timed the announcement when it would have the least impact on the company’s market performance. Instead of issuing the statement while trading was still active, which could have potentially caused greater selling pressure, Murren released the update just after the markets closed. However, the stock was still down 15.6% from the previous day’s trading. In after-hours trading, it dropped another 10.22%, putting the price at less than half of what it was a month ago.

Initially, MGM was prepared to spend between $29-$34 to purchase the stocks when, on February 13, the price was about $31.80. The stock began to drop the following day and, by March 4, was down to $23.30. That caused MGM to update the offer again based on the new price, but further declines – sitting at $18.08 as of Wednesday – resulted in the plan being scrapped.

Murren remains optimistic about the company’s future – easy to do when you’re about to walk out the door. He stated recently, “At this time, we believe the Company has ample liquidity to weather the current uncertainties in the marketplace. More importantly, we do not expect the coronavirus to have a material impact on our business long-term.”

“Long-term” is relative to its use, but the short-term impact is going to be harsh. Operational interruptions, travel bans, self-imposed quarantines are all going to cause the U.S. gambling industry to take a hit, which MGM and others are already feeling. Murren adds, “Our domestic resorts have been impacted in the near term primarily driven by increased cancellations in our hotel and convention bookings in Las Vegas, particularly during the months of March and April.”