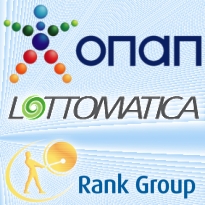 Greece may not sell its 34% stake in gaming monopoly OPAP, according to the country’s finance minister. Despite the sale of OPAP being a key component of the financial bailout deal Greece struck with the EU and the IMF, finance minister Evangelos Venizelos now claims the cash-strapped country will find other ways of raising the billions of euros required to make good its commitments. In a speech to lawmakers, Venizelos said “we have not pledged to sell OPAP; we have pledged that we will have revenues from OPAP [to reduce] the public debt. The cabinet will appraise what is the best way to raise the revenues targeted.” The terms of Greece’s deal with its international lenders require the country to raise €1.7b by the end of September and €5b by the end of 2011. Greece’s 34% stake in OPAP is currently valued at €1.17b.

Fresh off its profitable H1 results, Rank Group has announced plans to accelerate the rollout of its G-Casino format, and hire 1,400 additional staff over the next three years. Rank wants to push its stable of casinos to 45, 30 of which will be the G-Casino format, which feature poker rooms, electronic games, casino tables, plus bars and restaurants aimed at a younger demographic.