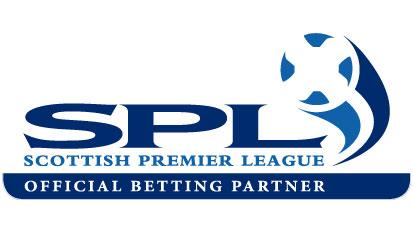 William Hill has signed a deal to remain in their capacity as official betting partner of the Scottish Premier League. The new deal runs for three years and means they can promote their brand alongside that of the country’s top soccer league.

William Hill, Head of Media David Lynn, commented, “We’re really excited about the start of the Clydesdale Bank Premier League season and to mark the big-kick off we will be offering top price on all of the league’s favourites this weekend. Football is a huge part of our business in Scotland and we see this partnership as a great opportunity to interact with fans of the Clydesdale Bank Premier League.”

The league can’t be accused of not jumping the gun on getting started after the summer . Action gets underway in earnest this weekend. Chief executive Neil Doncaster commented, “It is great to have William Hill on board again as official betting partner of the SPL and this partnership demonstrates the huge level of interest in Clydesdale Bank Premier League football in the UK. We look forward to working with William Hill throughout the season to promote great deals to our fans, starting with the opening Clydesdale Bank Premier League fixtures this weekend.”

William Hill’s extension comes after Bodog announced that they were becoming the new sponsors of Ayr United thanks to the big man’s family heritage coming from the West Coast area. Will that push William Hill to launch an official SPL/William Hill line of haggis and replica jerseys?