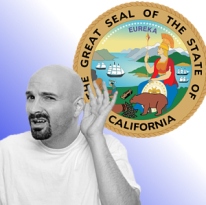 On Tuesday, California’s Senate Committee on Governmental Organization heard testimony on two pending intrastate online poker bills. While SB45 is championed by Sen. Rod Wright (who also chaired the Committee), the focus was squarely on SB40, the bill championed by Sen. Lou Correa and the California Online Poker Association (COPA). (Hat tip to Chris Krafcik (@CKrafcik) who produced a veritable torrent of tweets as the testimony unfolded.)

Correa was keen to stress the 1,300 new jobs that would result from California getting on board the intrastate love train. Rick Weil, CEO of SciPlay, the joint venture between Scientific Games and Playtech that will handle the technology behind COPA’s online poker bid, touted the 100 jobs SciPlay will bring to Sacramento if SB40 is approved. Weil also talked up his company’s ability to restrict minors and out-of-state residents from accessing the system.

Blue Sky Consulting’s Tim Gage, a formal State Finance Director, told the Committee that the “total baseline, annual fiscal impact” of launching online poker could be $117m, or $1.4b over the first decade. However, Gage confessed that his firm was more or less guesstimating these figures.

A recurring theme of those testifying in support of SB40 was the ticking clock. With a couple federal online poker bills pending (and another on the way), SB40’s boosters laid out a scenario in which the big bad federal government would be first out of the blocks and hell bent on trampling all over little California’s state’s rights. “Time is not on our side,” said Correa. (No word on whether Correa sang this line while doing a Jaggeresque strut across the floor.)

Those speaking out against SB40 included Jeff Grubbe, vice-chairman of the Agua Caliente Band of Cahuilla Indians, who, while echoing the goal of California beating the Feds to the poker punch, rejected the ticking clock argument. “We foresee no successful action [at the federal level] in either 2011 or 2012. We believe you have the time to carefully construct a proposal. We urge you to take the time to get it right.”

Leslie Lohse, chair of the California Tribal Business Alliance, also preached caution. Casting doubt on COPA’s belief that the state could work out the nuts and bolts of the proposed legislation within 90 days, Lohse suggested that 18-24 months was a more believable time frame. Lohse also questioned whether the amendments made to SB40 did anything to dispel the belief that the bill was crafted to solely benefit the “select group” of tribes (especially the Morongo Band of Mission Indians) and card rooms that make up COPA. This last sentiment was echoed by Grubbe, who suggested the amendments amounted to nothing more than a game of “hide the monopoly.”