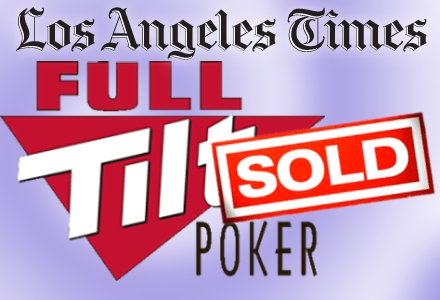 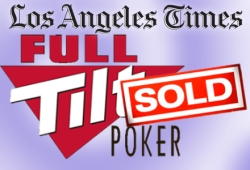 Nathaniel Popper of the Los Angeles Times is reporting that Full Tilt Poker has signed a deal with (as yet) unnamed European investors that would hand majority control of the troubled poker outfit to someone other than FTP’s current ownership.

“Attorneys associated with Full Tilt said the company signed an agreement Thursday with a group of investors who would put up enough money to pay back players and in doing so attain a majority stake in Full Tilt’s Irish parent company, Pocket Kings.” (Read the full article here.)

While terms of the deal were not disclosed, Popper suggested the deal “could allow U.S. players to recover as much as $150 million.” So if the proceeds of the deal were all designated to go to US players, the unnamed buyers valued FTP at no more than $300m. All other details, including the future roles (if any) of current FTP principals like Ray Bitar, remain unknown.

About an hour after the story broke, WickedChopsPoker tweeted that the Times were “jumping the gun a bit with their story…” but provided no further details. CalvinAyre.com reported earlier Thursday that a source had told us bwin.party principals Norbert Teufelberger and Jim Ryan had offered Bitar $185m to acquire FTP but rescinded their offer following the Alderney Gambling Control Commission’s decision to suspend FTP’s license.

CalvinAyre.com will provide further details as they arise.