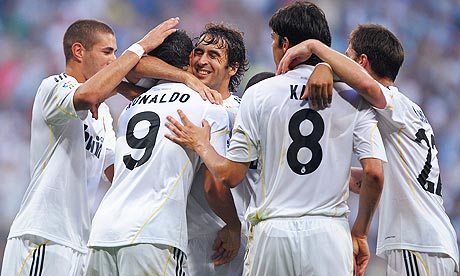 One of Spain’s autonomous territories has beaten its own country to the line by awarding its first online gaming license. According to eGaming Review, Madrid gave the rosette to Casino Gran Madrid (CGM). The agreement will mean that the land-based casino can offer poker, slots, roulette and blackjack on a site that will be launched soon.

A spokesperson for the casino told eGR that beta testing would take place over the next few weeks. That means that the casino could go live within the next month. In the first instance, the site will only accept players from Madrid that are aged 18 and over with those barred from land-based casinos also seeing the same apply here.

The tax they’ll be required to pay will be 10% on gross gaming revenue, or gross profit tax, differing quite drastically from the 25% that has been stipulated nationally. Player management is to be handled by MediaTech Solutions with the whole operation will be powered by Playtech. Ole!

Talking of Playtech, the listed firm is set to buy-back up to 10% if its shares. The move is being made to protect long-term shareholders.

In a statement issued to the market earlier today, the software provider said, “Given the disconnect between the Board’s confidence in the business and the Company’s recent share price performance, Playtech intends to utilise this authority, subject to market conditions, to repurchase up to 10 per cent of its own ordinary shares.”

Chairman Roger Withers added that the company is in the right position “to pursue potential acquisitions that meet its investment criteria and drive organic growth.”

Not listing in the first place might have been a wiser idea.

It comes just over a week after the majority owner of Playtech Teddy Sagi was hit with a court case after reportedly using threatening behavior to get his own way and is in the wake of a publicized dispute with William Hill. They like their skirmishes they do!