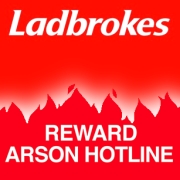 Perhaps inspired by the one-third of William Hill shareholders who balked at raising CEO Ralph Topping’s pay packet, over 40% of Ladbrokes’ shareholders have expressed their dismay at the fat checks its executives have been awarding themselves of late. Raising particular ire was the £350k retention bonus handed to Brian Wallace, the former finance director who received total compensation of £1.58m last year. After Wallace announced his intention to leave, the board attempted to keep him in the fold by offering him the aforementioned bonus. Clearly no fool, Wallace accepted the bonus, then left anyway. Ladbrokes defended its largesse by claiming they were scared to lose Wallace so soon after former CEO Chris Bell flew the coop (for all the good it did). Following the recent revolt, the company announced it had “noted the disquiet expressed by some of our shareholders and have recorded it for future reference.” Presumably, the execs have also recorded a list of all the venue’s emergency exits, just in case the ‘disquiet’ gets any louder.

A different kind of revolt took place at a Bob Holmes Bookmakers in Sheffield, when an irate punter set the joint on fire after he claimed one of the shop’s gaming machines failed to pay out. Jeffrey Bainbridge, a 49-year-old alcoholic who allegedly drank 100 pints per week, became convinced that he’d won £180, but the machine disagreed. Bainbridge punched and kicked the offending machine, accused the shop staff of ‘doctoring’ the machine to cheat him, then stormed out. A short while later, Bainbridge returned with a can of petrol, and, as horrified staff and customers watched, proceeded to set fire to the shop counter. Fortunately, everybody got out unharmed, but Bainbridge will spend the next five years in jail not drinking 100 pints/week.