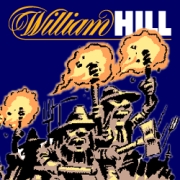 There was a minor kerfuffle at the William Hill annual general meeting when a third of company shareholders expressed outrage at CEO Ralph Topping’s salary bump. Topping had not received a raise since he took on the role of Will Hill CEO in 2008, but received a 56% increase in pay, benefits and bonuses that amounted to £1.65m in total compensation in 2010. While Will Hill notched a 7% boost in 2010 operating profit, the shares lost 8% of their value over the same period.

Will Hill’s board rationalized their largesse “in the light of the significant progress that the business has made under [Topping’s] leadership and to ensure his remuneration is more in line with other companies of our size and complexity.” That didn’t stop 34.5% of shares casting their vote against the rise (38% if you count those that abstained from voting). The vitriol wasn’t solely directed at Topping, as 12% of shareholders voted against reappointing the company’s auditors. We predict attendees at next year’s AGM will be frisked for tar and/or feathers before being admitted.

Compare the Will Hill brouhaha with the scene inside Greek monopoly betting operator OPAP. Greek Finance Minister George Papaconstantinou sent a ‘request’ for all companies in which the cash-strapped government had a stake (they own 34% of OPAP) to reduce wage costs. In response, OPAP’s board proposed cutting their own salaries by 20% and shareholders (surprise!) approved. Payroll costs represent approximately 1% of OPAP’s 2010 revenue. Greece is still considering selling its stake in OPAP (and anything else state-owned) to help repay the €110b International Monetary Fund/European Union bailout it received when its economy went tits up a couple years back.