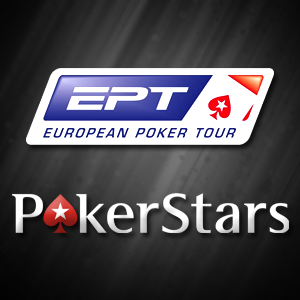 Madrid is as fitting a city as any for the finale of any competitive occasion. The European Poker Tour (EPT) has gone with this meaning season seven’s Grand Final is taking place in the Spanish capital. At the conclusion of day 1B you’d be forgiven for thinking the day’s chip leader has stumbled into the wrong place. So baby-faced is Ole-Kristian Nergard that it was almost a certainty that he was carded at the Casino Gran Madrid’s doors. That is to take nothing away from his play.

The Norwegian (chips: 198,200) sits some way behind the overall chip leader David Sonelin (275,900) of Sweden. 18-year-old Nergard is in with quite a chance of taking home the epic prize of €1,500,000 though. Think of how many drinks he can buy at all his friends’ 18th birthdays with that. It doesn’t bear thinking about. Next EPT season we could see Nergard complete with beer paunch.

Before the main event got underway there was the small matter of an EPT High Roller. The €25,000 buy-in event was eventually won by Bertrand Grospellier, or “ElkY.” The French Team PokerStars Pro took home the bounty of €525,000. It is his second EPT High Roller success after taking down the PCA version for $433,000 back in 2009.

Fifty-seven players had started out late last week and this was whittled down to eight ahead of the final day. None were a match for ElkY. The man that got closest to the Frenchman was German Benny Spindler. It was more like watching a Benny Hill sketch though as heads up looked like it would be a formality from the start. Now with career winnings of $7.3million, ElkY might want to build a monument to that impressive nickname outside his home. There’s nothing like seeing your name in big seven foot high letters ala LAX.