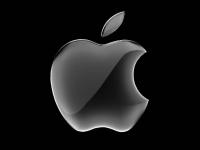 It’s been confirmed today that Apple is probably the most popular thing since life began. The brainchild of Steve Jobs and Jonathan Ives is now the biggest brand in the entire world. Well done and the “I’m #1 so why try harder” t-shirt is in the post.

The figures themselves saw the company’s brand value leap by an impressive 84% thus seeing brand value reach $153bn. That’s a lot of iPhone 4s and iPads. Second place on the list belonged to the company who like to play up to the notion that they aren’t in Apple’s shadow when it comes to smart devices. The cold hard fact is that right now Google is buried deep in that shadow.

Google’s brand value actually declined by 2% year on year as their value was a mere $111bn. Other companies of note on the list included Microsoft (5th), AT+T (7th), and China Mobile (9th). It’s interesting that a Chinese company that deals with mobile communications is in the top ten. This will be an important region for the iGaming industry in the future and means that there is already a successful infrastructure in place.

Vodafone (12th) and Verizon (13th) were both solid. The third largest smart phone company, Blackberry (25th), saw a disappointing 20% fall off their brand value in what is an ultra-competitive marketplace. Facebook is worth a mention as they climbed to 35th after a stratospheric 246% leap in their brand value to $19bn.

A strong brand is something that is important whichever industry you may be in. Calvin Ayre’s various Bodog entities were always easily recognizable in the past and Apple has employed a strategy that gets the best out of their brand. However much of the market share Google’s Android eats up people are always going to want the latest “i” device and nothing is going to change that for a while yet.

Apple to release credit card, just not for anything fun
Erik Gibbs
5 August 2019