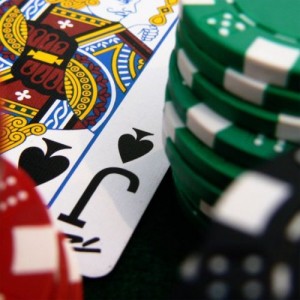 For those not able to make it over the Irish Sea for this weekend’s paddypowerpoker.com Irish Open 2011 a solution is at hand. The online bookie has today released information about a live web stream that will run for the duration of the event and mean that even if you’ve been roped into lunch at the in-laws you won’t miss a moment of the action. Presented by Jessie May from a studio at the heart of the Burlington Hotel, the tournament, which claims to be Europe’s longest running poker tournament, is now into its 30th year.

May commented, “It’s going to be revolutionary – more of an action-packed web-show than a basic live stream – with roving reporters covering every inch of the room, on-the-fly interviews, up-to-the-minute chip counts on our news ticker, a feature table, blog, twitter, Facebook. You name it we’ve got it.” The tournament begins at 1300 GMT on Friday and runs through the entire weekend until the final table concludes on Monday April 25.

Elsewhere on the live poker circuit, the latest leg of the Latin America Poker Tour (LAPT) concluded with a local player taking home the spoils. The plush Atlantic City casino in downtown Lima, Peru, saw Peruvian Kemal Ferri take down the final table and with it a first place prize of $207,400. It was Ferri’s first ever LAPT title and on the way to his final day victory he knocked out the final three players, and four in total on the final table.