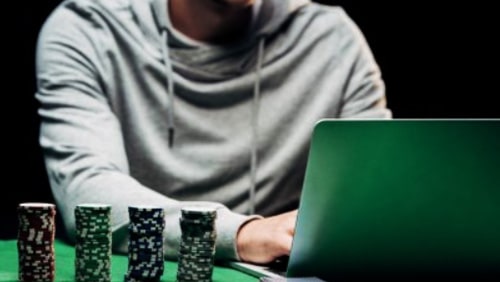 The world was a very different place two months ago. Almost all of us were permitted to go out as often as we liked all day and night, with social gatherings like live poker events not just allowed but encouraged by every poker brand with a tournament festival.

So many things have changed in the last weeks and months that it might be easy to think that nothing from the world before Coronavirus exists. It’s a comfort, then, to see that Pablo Silva, who won the MILLIONS South America Main Event back in February, has claimed another win in the Irish Open Online Main Event.

With a field of 2,945 players, the Irish Open Online Main Event was won by Brazilian player Silva, who defeated Hungary’s Andras Nemeth heads-up to win €462,100 and the title as a truly major event signed off Sunday with a bang.

The final day began with just 51 players still in the Main Event, with Sihao Zhang the overall leader. The action was fast and furious, with Zhang working hard to hold onto his lead by the time the final table action began and just eight players sat at one virtual table.

First to bust was Shaun Conroy, who three-bet all-in with ace-queen and ran into the eventual winner’s pocket queens. Pablo Silva held comfortably through the community cards and moved into the chip lead.

Zhang dropped back in the chipcounts but was determined to retake the lead and did so in a hand where Parker Talbot, a.k.a. ‘Tonkaaaa’ was very unlucky. Zhang moved all-in from the button with ace-ten and must have been aghast when Talbot called from the big blind with pocket queens. However, a ten pairing up gave Zhang hope of a spectacular bust-out and it came true as another ten rolled off the deck and eliminated one of the most experienced players still in the hunt. Talbot often refers to himself as ‘Team Never Lucky’ and boy, did he live up to his name.

It wasn’t long before another big name was hitting the rail. Tom Middleton is a former EPT Barcelona champion, but he couldn’t make it to the final confrontation to become an Irish Open winner too, busting in 6th place when his two-pair was no good against Zhang’s runner-runner flush.

With five players remaining, it would be Gerard Finlay who departed the action next, moving all-in with pocket queens but finding no fortune as Zhang called him with ace-king and hitting an ace on the flop. With four remaining, Pablo Silva was back to being table bully as he took care of his fellow Brazilian Eduardo Silva. The latter flopped a straight, but Pablo made an even bigger straight to reduce the quota of players called Silva to just himself.

Zhang again went on the attack, but this time, it worked against him. He moved in with ace-six, but when Silva made the call and flopped a flush draw, all the Brazilian needed was a partypoker-themed diamond on the turn or river. Immediate payment came on the turn and Silva had busted the other most attacking player in the tournament.

Heads-up was no easy affair, with Hungarian player Andras Nemeth fighting back from a 2:1 chip deficit. Eventually, however, his luck ran out. When the Hungarian turned two pair, he must have thought his fortune was in, but the same card had made a straight for the winner. Nemeth moved all-in and Silva had a simple call and a sweat on the river to win the Irish Open Online Main Event and around half a million dollars, as partypoker announced on their social media.

Congratulations to Pablo Brito Silva for winning the Irish Poker Open Main Event for €462,000! What a year Pablo is having as he was also the #MILLIONSSouthAmerica Main Event champion in February!😮 pic.twitter.com/2vlcWtw7rA

Congratulations to Pablo Silva, who won big on partypoker all over again to remind us that some things never change!