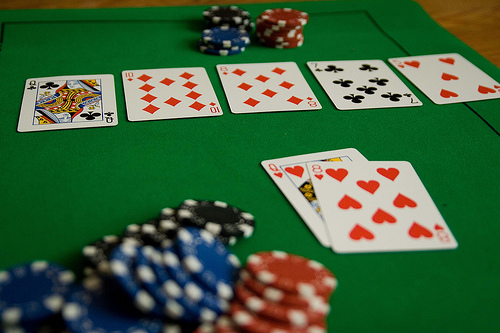 Reports have confirmed that Chilipoker are the first online poker site to integrate their offering on social media sites like Twitter and Facebook. The innovation will allow players to connect their poker accounts with their counterparts in the social media space. It will mean more games between friends and the chance to challenge anyone else playing on the same network.

Social media is already a global phenomenon so to see a poker site attempting to fully integrate them with the medium can only be a good thing.

It’s an exciting development for the online poker industry as firms continually look at new ways to diversify their offering in order to escape the downturn in the poker market without too much disruption.

The world of poker also crowned a new World Poker Tour (WPT) Bratislava champion as Welshman Roberto Romanello took the win and €140,685 payout that comes with it.

Going into the tournament, after only a couple of months back taking the European Poker Tour (EPT) title in Prague, he showed the poise for which he’s becoming known and led from the outset until it came to heads up with Mayu Roca.

Both players traded chips back and forth before Romanello went all in and managed to beat Roca’s A-K with his pocket fives after the cards came down Jc 8h 6c 3d Qs. It now means that with an EPT and WPT in his satchel the Welshman need now only pick up a World Series of Poker bracelet and he’ll be laughing.