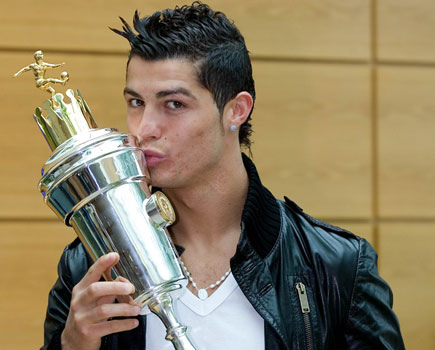 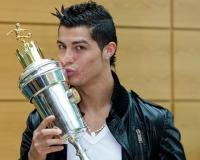 The current international break is the last before the season ends in a little less than two months time and gives us the perfect opportunity to look at which players might be receiving the top individual honors come the end of the season.

More than any other this season has been one that is entirely unpredictable meaning that those picking up the Professional Football Association Player of the Year award and the Football Writers Award are still as unknown as they were at the start of the season. Usually there’s one man standing out in front of the pack but this year’s Cristiano Ronaldo or Thierry Henry hasn’t materialized.

What of the contenders though…

League leaders Manchester United may well have two players on the shortlist and the one most likely to win the award is the stone faced centre half Nemanja Vidic. Sir Alex Ferguson has a huge debt to pay to the Serbian and without him for the run-in they could easily fade from the spotlight.

The second player in the red shirt of United is Portuguese Ronaldo-wannabe Nani. After opening his career at Old Trafford as a frustrating understudy to soccer’s best pouter he has grown into the position this year and been United’s most dangerous player going forward.

Second placed side Arsenal possess a young midfielder who might just upset all the odds and grab one of the trophies. Jack Wilshere has been giving opponents nightmares and, although it was only Wales, his performance in central midfield for England this past weekend was a joy to behold. He may be considered slightly too youthful to pick up the award but he’d be a worthy winner.

You’d also be hard pressed to deny two of Tottenham’s precocious talents in midfield a chance at taking home one of the gongs. A snip at £8million, Rafael van der Vaart added something that Spurs were sorely missing – a truly world class talent. The attacking midfielder has chipped in with vital goals in a number of crucial games and formed a good partnership with Peter Crouch.

The other player at The Lane, who slips under the radar at times, is midfielder Luka Modric. The little Croatian is constantly praised by gaffer ‘arry Redknapp and you’d imagine if they lost him their team would be a very different one.

A final honorable mentioned should go to a player who has taken the league by storm, Blackpool midfielder Charlie Adam. If it wasn’t for the wily Scot, Ian Hollyway’s Seasiders would be well adrift in the league’s bottom three and if they do end up staying up then Adam would be a more than worthy winner of the award.