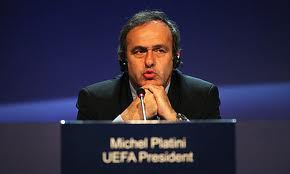 UEFA president Michel Platini has called on European governments to help rid the game of “the two great scourges” at today’s UEFA congress.

The two scourges mentioned were football violence and illegal betting, both of which have been on the rise over recent years especially in soccer and there have been a number of match fixing cases plaguing the sports news pages.

Following these cases UEFA has already unveiled plans to set up a network of 53 officials to deal with match fixing in each member state and this came after in 2009 they set up a monitoring system to scrutinize betting patterns across Europe.

Platini explained, “As regards betting, the problem is even more dangerous because it directly affects the game itself and, unfortunately, we are often incapable of doing anything about it.

“Neither you nor I are judges or police officers and it is often hard to know to whom we should turn. This is why we are appealing to the heads of state and government and to the EU institutions, asking them to take the necessary steps.”

Every English person’s worst nightmare, Sepp Blatter, also endorsed the plans to combat illegal betting, commenting, “There are some forces wanting to grab the game, to imprison the game, to keep it captive, to apply means that have nothing to do with respect.”

It comes as Blatter also announced that he’d be standing down from his position as FIFA President if he wins another four-year term in this year’s election against Mohamed bin Hammam. That’s around five years too late if you’re an England fan but at least the consolation will be that he may finally disappear come 2015.