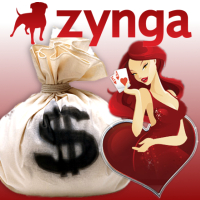 If you ever doubted how massive Zynga has become, consider their effort to aid victims of the Japanese earthquake/tsunami. Last Friday, just 24 hours after the earthquake struck, the social media games developer had organized a relief effort. Players of its suite of games, including Zynga Poker, could make direct donations or via the purchase of virtual goods. In its first 36 hours, Zynga’s initiative collected $1m in donations, which will be partnered with Save the Children’s Japan Earthquake Tsunami Emergency Fund. (Zynga also raised $1.5m in Jan. 2010 for the Haitian earthquake relief effort.)

Zynga’s been in the news a lot recently. PokerCon, Zynga’s first ever live poker event, is set to kick off in Las Vegas on Friday, March 18. Zynga’s CEO, Mark Pincus, even made the grade in this year’s edition of the Forbes’ Billionaires list. (Our boss Calvin made the list in 2006 when he was still running Bodog. Zynga is named after Pincus’ bulldog. Coincidence?)

At the SXSW conference this week in Austin, Texas, Zynga unveiled the virtual currency it promised last October. However, these zCoins can only be used to purchase virtual goods in the new Rewardville store, i.e. there’s no turning them into real cash, as that would probably violate the deal Zynga signed to use Facebook Credits. But eventually, that deal will expire, and then…

With more and more US states looking to get into the intrastate online poker game, Zynga would seem perfectly positioned to capitalize. Millions of people play Zynga poker every single day. Zynga has no ‘bad actor’ taint it needs to expunge in order to be considered worthy. Likely half the state politicians considering these poker bills either play Zynga games themselves, or have watched their spouses playing Farmville, Mafia Wars or (gasp) Texas Hold’Em.

But will Zynga’s current model cross over to the real world? If awarded a license in Nevada or Florida, Zynga would have to deal with grey market competition, including some of online poker’s most prominent brands. In the ring-fenced environments that the intrastate model would produce, Zynga’s overall liquidity wouldn’t be as dominant an advantage.

So, the question remains — will Zynga’s poker-playing legions be as enthused about the game when the money they lose is no longer virtual? We haven’t seen any research that claims converting these ‘for fun’ gamers into ‘real’ players is a sure thing. Speaking to an SXSW crowd this week, Zynga Poker General Manager Laurence Tone claimed that the goal of PokerCon was “to bring Zynga Poker fans from Facebook to the felt.” Sure, but can you take ‘em to the bank?