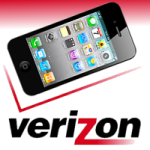 A press conference announcing the Apple iPhone’s arrival on the Verizon Network has been scheduled for Tuesday morning in New York. The move ends AT&T’s exclusive relationship with Apple and is expected to cause a spike in iPhone sales, as it eliminates the chief objection of consumers who may have coveted iPhones but didn’t want to deal with AT&T’s uniformly awful network.

This spike in sales may be blunted as some of these consumers wait for their existing contracts to expire, but history is on Apple’s side. On the first day the iPhone became available on a second UK carrier (Orange), they sold 30k of them. That record lasted two months, when Vodaphone got in on the action and sold 50k on the first day. It’s worth noting that the UK population is 1/5 that of the US, and none of these new UK carriers were offering the phone at a substantially different rate than original provider O2, choosing instead to tout their network strength.

However pointy the spike, the deal ultimately means a good deal more cash for an already cash-rich Apple. That gives them license to take a few risks, maybe let some of their more creative minds throw a few long passes. Never know what might result. The move is also a solid point scored against Android. Android sells most of its phones via Verizon, so they might take a hit as Verizon customers choose to taste the Apple. But Android will recover, maintaining the upward trajectory that allowed it to eclipse Apple in number of users last year.

For the record, the latest comScore figures show Android with 26% of the market, up sharply from 19.6 on the last tally. Apple was at 25%, a very modest gain from 24.6. Blackberry is still out in front at 33.5%, but that number is off from 35.8. Windows Mobile? We hardly knew ye. 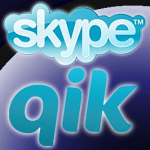 In other mobile news, internet communications giant Skype has purchased Qik, a smartphone video streaming application, for a reported $150m. Qik claims that its user base leaped from 600k to 5m in just the past year. Skype also announced the launch of a group video call service for both desktop and internet-connected mobile devices.

Like it or not, it’s a mobile world. Any gaming company that isn’t already working on a mobile strategy, should be. Mobile will become the dominant form of accessing the internet in a few more years. For many, especially in the developing world, mobile will be the first ‘computers’ they own. Desktop and laptop will sound like foreign (possibly naughty) words.

As mobile video grows, so will the availability and popularity of Live Dealer. You have to scroll down a ways to find it in this interview, but Calvin Ayre has been predicting the global rise of Live Dealer for years. And just this week we learned that a US-facing site was now offering the product. In Asia, the convergence of mobile technology and Live Dealer will enable huge numbers of gamblers to enjoy a game of baccarat via their smart phone.

The mobile wave that Calvin Ayre predicted years ago is now so close that the ground under our feet is starting to tremble. Woe to any online gambling exec who doesn’t have a plan for what to do when the wave comes ashore.