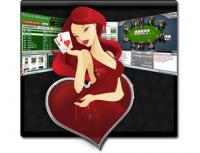 If the people over at Zynga thought that 2011 was again going to be their year in the social networking stratosphere then today’s news of patent infringement proceedings will be a rude awakening. Think of it like your friend telling you you’re going to a heavy black metal concert and you turning up to discover it’s actually Linkin Park playing after all.

The company behind the lawsuits is a gaming inventions company, Walker Digital, founded by Priceline.com. On their website it lists all sorts of casino and lottery products amongst others, and the fact they’ve moved into a lot more social activity in recent times.

According to Tech Crunch, the co-founder Jay S. Walker has already tried to sue Facebook for infringement, so this isn’t anything new. In addition to Zynga, Activision are also being sought for copyright infringement under U.S. patent no. 6,425,828, entitled “DATABASE DRIVEN ONLINE DISTRIBUTED TOURNAMENT SYSTEM.”

The only thing that’s currently clear is that he isn’t suing over Zynga’s flagship game Farmville. Their free-play poker product may well be involved though, meaning that the millions that have signed up to play the product may see it disappear at some point in the future

When we contacted Walker Digital, they declined our invitation for a comment at this stage, and at the time of publication we hadn’t received a reply from Zynga with regard to the allegations. As soon as there are more developments in this story though, you will hear about it here on the tablog.

Until that day comes, Zynga and Activision have quite an army that they could assemble should the battle get ugly. Call of Duty, World of Warcraft, and Farmville aren’t bad places to source troops from.

In the meantime, click through this link to see a copy of the charge sheet leveled against Zynga and Activision.