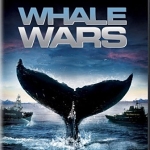 Somebody please contact Greenpeace, because two giant whales recently beached themselves on the shores of Singapore’s two casinos. Details are sketchy, but reports in Singapore’s media say two men playing baccarat (separately) at the Marina Bay Sands and Resorts World Sentosa casinos dropped $115M US over an indeterminate period of time.

Again, precise figures are unclear, but apparently two-thirds of that $115M was spent by a local businessman who made the most recent Forbes list of Singapore’s 40 richest people. Insiders suspect some of that debt would have been forgiven, but it’s estimated that the two gaming establishments probably realized a combined $86M boost to their net revenues.

In related giant mammal news, seafood magnate Henry Quek is said to have settled his own multi-million tab at the Sentosa facility. Unlike the two men mentioned above, Quek didn’t take losing with the same cavalier spirit, but after his complaints to the media that the casinos were too eager to offer him credit, the casinos are said to have knocked a few million off Quek’s bill. Remember that, people… Only suckers pay retail.