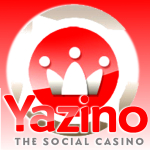 Today marked the official launch of Yazino, the ‘world’s first massively multiplayer online casino’, which seeks to bridge a perceived gap between traditional online casino operations and social gaming sites. While the official launch occurred today, the site has already built up a player base of some 200K, a figure the company claims is growing by 10K per day. They hope to have 1M registered players and 100K unique daily players by the end of the year.

Which makes it all more disappointing that Chahine claims that the company’s ambition is to connect the ‘fun, friendly and engaging’ social gaming world with trad gambling sites, which Chahine claims are ‘perceived as dark and seedy’. For the moment, the UK-headquartered Yazino is a strictly virtual-currency operation, but a real-money version is expected to be a reality within the coming 12 months.

I don’t know, Hussein… After all, fun is fun, but are you sure you want to soil your hands with those ‘dark and seedy’ proceeds of cash play?