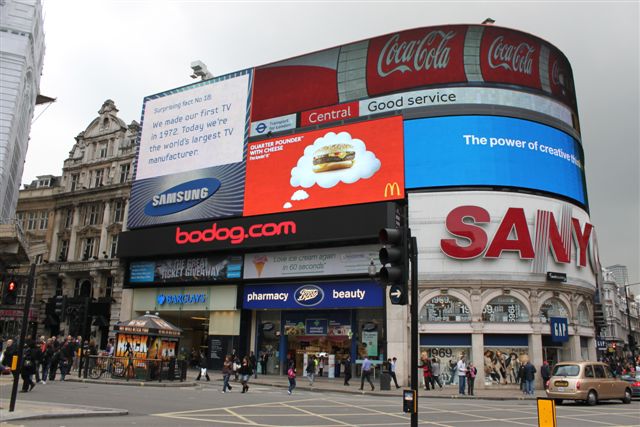 Bodog may well still be a brand that is growing in Europe and the United Kingdom, however, in terms of securing a lasting brand in the UK they’re sure as hell going the right way about it. After teaming up with Fulham last season, which saw the West Londoners reach the Europa League Final in what some may term as a lucky sponsorship sign-up, but what we simply put down to the great, great minds working at Bodog, they’ve only gone and bloody bettered themselves once again.

Piccadilly Circus, situated at the centre of iGaming’s world base, London, is akin to New York’s Times Square as an advertising hotspot. Simply put – if you can get a billboard up overlooking the iconic Eros statue then you’re more than likely getting towards making it. So the fact that Bodog have advertising up at the Circus is rather good indeed, and the fact that the ad routinely looks as though it’s dreaming of its next meal…a [insert fast food brand] burger adds much needed comic value to the placement of the ad.