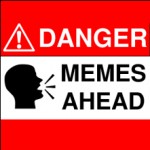 In all the discussion of Tiger Woods’ recent marital woes, a particular meme has taken hold. Namely, that the general public overwhelmingly views Tiger’s infidelities in an entirely negative light. Sure, you might get a negative reaction if you consulted, say, the parishioners of the church in whose parking lot Tiger ‘tamed’ Strumpet #5, but these voices don’t necessarily speak for all of us. And by ‘us’, I mean the people who visit a site like this one, or any of the Bodog Brand licensees. Not only would this demographic not condemn Tiger for his actions, they probably envy him. (If they did have a problem with Tiger, it would be that he chose to preach something other than what he practiced.) That’s something the mainstream media doesn’t seem to want to acknowledge, but it goes a long way toward explaining why Bodog Brand offered Tiger a $100M sponsorship deal.

The mainstream media often falls victim to another bogus meme, specifically, how it chooses to categorize outfits like the Bodog Brand, based on its association with online gambling. Just this morning on Canadian television, some PR guy basically equated Bodog Brand with cigarette companies, which is more than a bit disingenuous. Bodog is a mainstream entertainment brand that helps boost other careers by association with its youthful, edgy, lifestyle image. For instance, Bodog Brand has thrown birthday parties for Shaquille O’Neal, sponsored the MTV Video Music Awards’ official after-party with Diddy, and has also done multiple charity events for inner city youth with the L.A. Lakers. Hardly tobacco company ‘merchants of death’ turf, now is it? Anyway, check out the video for yourself, just beware the meme merchants.