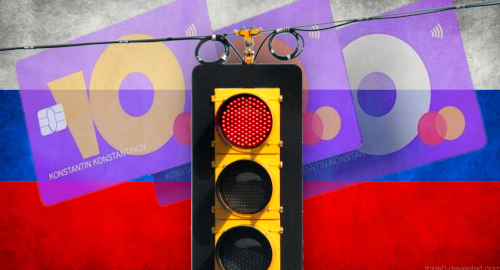 Russia’s online sports betting operators have started off 2021 in much the same way they ended 2020: under attack.

On Monday, Russia’s government published the gambling regulation signed into law by President Vladimir Putin on December 30. The publication officially starts the 270-day countdown for the arrival of a new Unified Gambling Regulator, which will now officially assume oversight of Russia’s gambling market on October 9.

The new law also calls for a 1.5% tax on all online wagers, with the collected funds aimed at helping to fund Russian sports bodies. The tax will be deducted by the at-present-entirely-theoretical centralized payment processing hub that will replace the two existing hubs currently operated by Russia’s two rival bookmaker self-regulatory organizations (which are themselves both slated for dissolution).

To ensure no online wagers are processed by other means, Russia has been firing shots across the bow at local firms. This week, the Central Bank of the Russian Federation ordered the Sberbank-owned YuMoney payment service (formerly known as Yandex.Money) to suspend all transactions between Russian citizens and foreign-based companies. The move follows an audit of YuMoney’s activities by the Central Bank.

In December, a similar suspension – along with a financial penalty of RUB11m (US$150k) – was imposed on Russia’s Qiwi Bank, which until then was a popular method for Russian punters to fund online gambling activity with internationally licensed gambling sites, many of which operate using the same brands as Russian-licensed bookmakers.

ONLINE BETTING TRAFFIC DOWN NEARLY ONE-THIRD
Russia’s online betting operators weren’t immune to the suffering caused by last year’s pandemic-related halt to major sports activity, but unlike their international rivals, they had no online casino or poker offering to soften the blow (such activities being illegal in Russia).

The biggest year-on-year improvement was GGbet.ru, which became the country’s first dedicated eSports betting operator at the time of its June 2019 launch. Obviously, the site had only seven months last year in which to record site visits, but its 2020 traffic was up 162%, in part due to it having a product to offer punters during last year’s pause of real-world sports.