Home / Business / Russia’s bookmakers one signature away from Worst. Year. Ever. 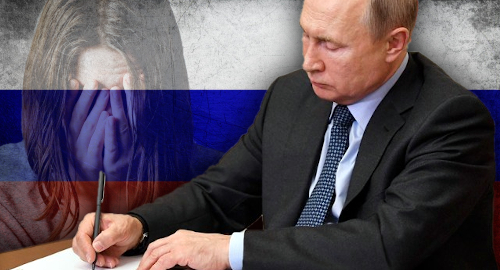 Russia’s bookmakers are now only a presidential signature away from setting up 2021 to be their Worst. Year. Ever.

On Christmas Day, the upper house of Russia’s legislature gave its approval to plans for a dramatic upheaval of the domestic betting industry. The Federation Council’s vote came just two days after Duma deputies overwhelmingly demonstrated their support by rushing through the bill’s required second and third readings on the same day, despite the Ministry of Finance suggesting an additional month of stakeholder consultation.

The legislation envisions a sweeping overhaul of Russia’s current market, including requiring local bookmakers to ante up 1.5% of turnover to the Russian sports federation on whose match a bet was made. A single centralized hub for online betting payments, run by an as-yet-unspecified private company, will be responsible for deducting this 1.5% at source.

The bill also calls for the creation of a new Unified Gambling Regulator that will report to Rosimushchestvo, the Federal Agency for State Property Management. The two existing industry Self-Regulatory Associations (SROs) – which previously operated two separate payment hubs for their respective members – will be phased out.

The legislation now requires only the signature of President Vladimir Putin to become law, and since Putin has already signalled his support for making bookmakers shoulder greater responsibility for sports funding, this appears to be a done deal.

Once the bill is signed – presumably any day now – and officially published, its rules will take effect 270 days later, so basically at the end of September 2021. Any bookmaker that declines to connect to the new single payment hub will be prohibited from taking bets from Russian punters.

Initially, Russian bookmakers were very vocal in their opposition to the proposed changes, but these protests dissipated over the past couple weeks as it became clear that the government’s preferred course of action was fixed long before the bill was introduced.

The past few years saw Russian-licensed operators slowly chipping away at the majority market share held by internationally licensed betting sites, which unlike Russian operators can also offer non-betting products such as casino and poker games.

Expectations are that this trend will now reverse itself, as Russian-licensed sites are forced to pass on at least some of their new costs to bettors, giving the latter extra motivation to seek out better value via international options. This trend is also expected to result in even more of Russia’s smaller betting licensees shutting their digital doors.

Bookmakers have also indicated that they will likely cease offering betting markets on all but the largest Russian sports, based on rules requiring minimum quarterly payments to each federation. The net result will likely be less funding for Russian sports, in other words, the exact opposite of the government’s stated aims.

When the Ministry issued its initial guidance, bookmakers were confused as to whether or not it prohibited them from taking wagers on such events as English Premier League football. Some bookmakers went as far as to pull international sports markets from their sites until some regulatory clarity was forthcoming.

The Ministry has now reassured bookies that they can offer markets on international sports provided that the organizer of those matches – defined as either a federation such as the EPL or a more hands-on body such as the UFC which is responsible for promoting its own contests – lists information regarding the events on its official website.