Home / Casino / Imperial Pacific without a boss once again 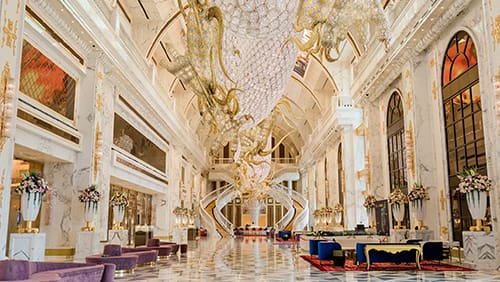 When Donald Browne, working as the head of security at Imperial Palace Pacific (IPI) at the time, agreed to become the CEO of the embattled casino operator last July, he knew what he was getting into, but accepted the position, anyway. Browne was essentially forced to take the helm as regulators demanded the company appoint a leader and he knew his tenure would be short-lived. After six months, IPI is once again headless after Browne revealed that he stepped down last month with no announcement.

Browne vacated his position on December 22, according to a statement he made to the US Department of Labor (DOL). That statement came as IPI is still under fire for missing many of its court-ordered payments related to its Imperial Palace casino in Saipan and is now behind by tens of millions in dollars in license fees, employee pay and subcontractor bills. Browne explained, “My resignation was to be effective two weeks later on December 17. However, I extended my term to December 22 so that I could represent IPI at one last Commonwealth Casino Commission public hearing.”

Once again, IPI is apparently trying to operate without a CEO following Browne’s resignation, which may have been an effort to avoid being called out again and facing possible jailtime. However, he is still with the company, despite admitting that he, too, has not been paid his salary or backpay, and his continued ties to IPI could come back to haunt him. Browne deserves credit for being willing to take on a mammoth-size headache, but his allegiance could cost him in the long run.

The DOL is just one of a growing number of entities that are taking a closer look at IPI’s activity. The federal agency is reportedly calling the casino operator’s lack of ability to pay its employees a “humanitarian crisis,” which could bring a completely different set of issues to the company’s front door. IPI has also been called out for working with China-based construction companies that are being accused of using unauthorized workers, further exacerbating the situation.

In that thread of the ongoing drama surrounding the company, Gold Mantis, a Chinese construction company, had been held in contempt of court for not turning over required documentation related to its work on Imperial Palace. According to an update provided by Aaron Halegua of the Aaron Halegua, PLLC law firm, construction employees have settled with the company over allegations of human trafficking, unsafe work conditions and unauthorized work permits. Another company, China-owned MCC, is still being investigated for similar activity and Halegua believes that a similar settlement might be forthcoming. However, depending on what they contain, all of the documents being turned over might make the case against IPI’s ability to hold a casino license stronger.