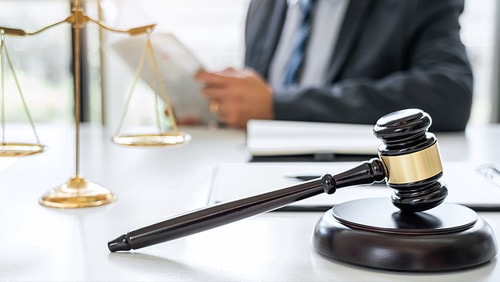 At this point, it would almost be a surprise not to hear that some person or company was suing Imperial Pacific International (IPI). The casino operator behind Saipan’s Imperial Palace has been called out for a number of violations and mounting debt, and has already admitted that it virtually has no cash left in the wallet. At this point, deciding to enter a business relationship with the company would be about as productive as hitting your head against a brick wall, but there are some firms that previously entered into contracts with IPI in good faith, only to now learn that their faith may have been misdirected. Pacific Rim Land Development, a major construction contractor, has already learned that lesson, and staffing firm Fritz Pacific Project Development Services is now finding it out, as well. It has launched a lawsuit against IPI, arguing for $750,000 in outstanding debt and damages.

Fritz Pacific’s owner, Alfredo Cabael, accuses IPI of breaching its manpower contract, which had begun in the summer of 2018. The company was providing construction workers, including carpenters, electricians, crane operators and more, and all of the work invoices were approved by IPI management, according to Cabael in his complaint. However, he adds that the company only paid part of its invoices before dropping Fritz Pacific to create its own manpower company, AM Group, in November of last year.

Cabael indicates in his complaint that he has tried to rectify the situation with IPI directly, but has never been able to make any headway. As a result, he was left with no alternative but to lodge the complaint, requesting $745,303.94. That amount is to cover the outstanding debt on the company’s staffing services, as well as interest and other associated costs. This case will be added to the growing pile on the desk of Commonwealth of the Northern Mariana Islands judge Ramona V Manglona, who has had to deal with IPI more times than she would probably like.

IPI is going to have to figure out how to defend itself legally against the continued onslaught of bad news. In another case involving questionable labor issues, the attorney representing IPI has dropped out and, if the company doesn’t have any money as it has claimed, finding someone willing to defend it pro bono or on the promise of a future payment might be difficult. In this case, IPI has been sued by the U.S. Department of Labor for violating the Fair Labor Standards Act, but attorney Michael Dotts no longer wants to have anything to do with the company. In a statement he sent to Marianas Variety, he explained, “I have suspended working for IPI. I am still counsel of record for IPI in a number of cases and I must remain as counsel of record until the court allows me to withdraw.”