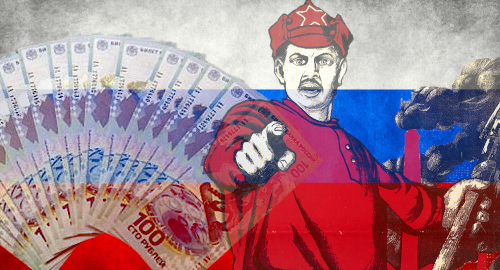 Russia’s bookmakers are sounding the alarm as their government proceeds with plans to scrap their industry groups and dramatically hike their financial contributions to local sports.

On Tuesday, Russia’s Duma legislative body approved first reading of Bill No. 1055657-7, which aims to scrap the bookmakers’ two rival self-regulatory organizations (SRO) in favor of a Unified Gambling Regulator overseen by the Ministry of Finance. This new agency will ensure adherence to bookmakers’ new mandatory contributions to Russian sports bodies.

Those contributions could now be set at 1% of the turnover generated by each respective sport, quite the hike from the current 5% of betting revenue. Each bookmaker was originally supposed to ante up a minimum of RUB30m (US$407k) per quarter, but will now pay a minimum RUB5b ($68k) per quarter to each individual league/federation on whose matches they accept bets. (There are currently over 100 registered sports federations in Russia.)

The changes have alarmed Russian bookies, with First SRO president Nikolai Oganezov telling Kommersant that the bill appears to have “a goal of destroying a well-functioning and only positively proven mechanism.” Oganezov repeated criticisms that the bill’s authors – United Russia deputies Igor Stankevich and Viktor Deryabkin – are “completely unfamiliar with the realities” of Russia’s betting market.

The proposed regulator would also oversee a new single hub for online betting payments, eliminating the two existing hubs operated by the respective SROs. The bookmakers argue that this new regulator will likely have to farm this service out to a third party, which as a monopoly will be able to dictate higher fees to betting operators.

However, given that the new regulator has yet to take on tangible form, the likelihood of the new centralized payments hub being ready by January seem remote in the extreme. But the delay wouldn’t likely extend past spring.

Russia currently has 21 licensed online bookmakers, although some suspended activity last spring when COVID-19 eliminated most major league play. A new 1% tax on betting turnover would undoubtedly convince all but the biggest operators that the regulatory climate was no longer conducive to turning a profit.

Furthermore, Russia’s new regime could result in some local sports seeing less revenue from betting while also depriving them of bookmaker sponsorship revenue, according to Dmitry Sergeyev, CEO of Parimatch Russia.

Sergeyev stated this week that Russian bookmakers will likely cease taking bets on all but the most popular sports – football, hockey, basketball, tennis, table tennis and (possibly) eSports – rather than pay the RUB5m minimum every three months to sports like handball on which they take hardly any action.

Of course, bookmakers will be forced to pass at least some of their new costs onto punters, many of whom will be suitably incentivized to investigate the options at internationally licensed gambling operators. These international sites also offer online casino and poker options, which are off-limits for Russian-licensed sites.